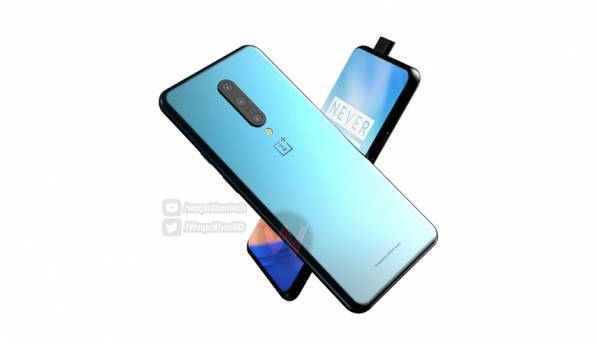 The video renders posted by a YouTuber show off the alleged OnePlus 7 smartphone. However, the video seems to be based on existing rumours and reports of the phone.

OnePlus is working on a 5G smartphone that could be completely different from the company’s existing lineup. However, its next flagship is most likely to be named OnePlus 7, which, if the company follows its regular handset release schedule, is speculated to be launched in just over a month. The company’s upcoming device has been leaked multiple times, mostly in listings and case renders. Now, YouTuber Waqar Khan has posted a high quality render video of a phone, claiming that it is the alleged OnePlus 7. There are also some images of the handset and from the looks of it, the video and photo render seem to be based on the existing leaks and rumours of the phone.

Breaking down the video and images, the OnePlus 7 is showcased with the same design as its predecessor with curved edges but features a notch-less display. This is in line with the previous rumours, which claim that OnePlus would employ a pop-up camera on its next flagship handset to increase the display area, which would move the single front camera into the pop-up module. Additionally, the device is shown with an in-display fingerprint sensor and a vertically stacked triple rear-camera setup. A retailer listing of the phone tipped at a 48MP + 20MP + 16MP sensor setup on the OnePlus 7.

Moving further, the video shows the OnePlus 7 with a USB Type-C port on the bottom, along with a single speaker grill and still without a headphone jack. The alert slider and power buttons are seen on the right, while the volume rockers are placed on the device’s left edge. The handset is also shown off in various colour options like purple, blue and black. While there’s no mention of the phone’s specs, it is expected to be powered by the Snapdragon 855 platform and feature up to 12GB RAM. Its front camera could have a 16MP sensor and it might offer up to 256GB of storage and battery capacity of 4000 mAh that supports 44W Dash Charging.