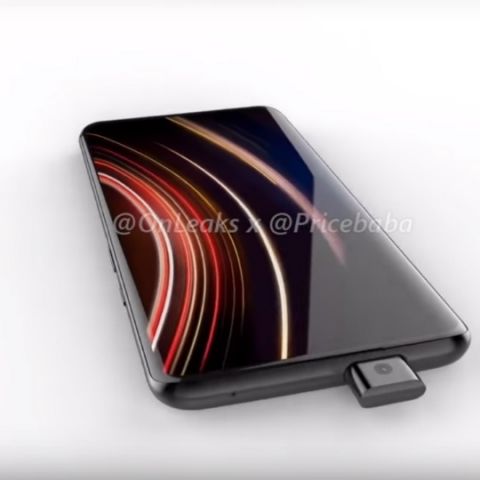 Giztop, an official partner of Gizmochina, claims that the “Out of Stock” phone is priced at $569, which translates to approx Rs 40,000.

Now that Samsung has launched its Galaxy S10 Series line-up, the focus now shifts to another significant brand OnePlus. We have already seen major leaks about the OnePlus 7 but the latest development essentially pours out all the information that one needs to know about the phone. The device has been spotted on Chinese retailer Giztop’s website. Giztop is an official partner of tech news outlet Gizmochina.

Firstly, the e-tailer claims that the currently “Out of Stock” OnePlus 7 will be available for $569, which translates to approx Rs 40,000. Not only the price, the retailer also tried to cement the development by replying to questions in the comments section. When asked about the availability of the phone, the retailer advises to “keep an eye on this page,” suggesting that it will not take down the page like other e-tailers have done in the past (with different phones). 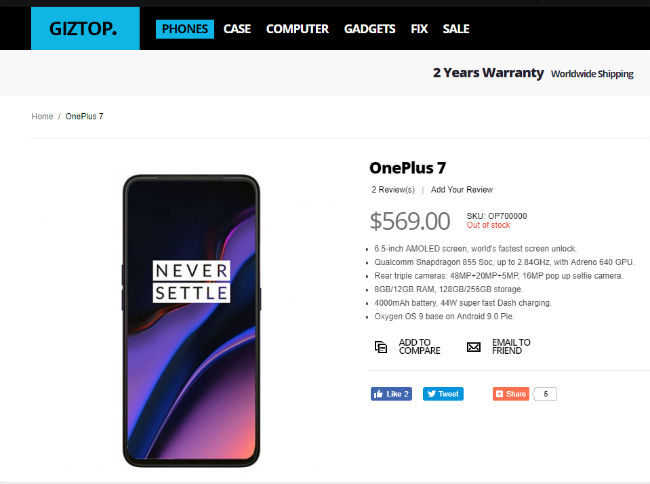 The image posted on the website shows the front of the phone showing no notch on the display. This resonates with the previous leaks which claimed that the next OnePlus device will have a near edge-to-edge display with pop-up selfie camera. Just like the photo leaked by OnLeaks, the volume buttons can be spotted on the left edge of the OnePlus 7, while the power button is placed on the right edge. However, the latest image does not show the alert slider.

The retailer has also listed specifications of the OnePlus 7. It says that the phone is powered by the Snapdragon 855 SoC, and has up to 12GB of RAM. It is said to have Android Pie-based OxygenOS 9. The smartphone is said to have a 6.5-inch AMOLED display and has a rear triple camera setup consisting of a 48MP sensor, a 20MP sensor and , and a 16MP one. The selfie shooter is said to have a 16MP sensor.

In  terms of storage, the listed specs suggest that the OnePlus 7 will come with up to 256 GB of local storage. The battery capacity is claimed to be of 4,000 mAh and supports 44W Dash Charging. Recently, a hands-on image of the phone was leaked showing the pop-up selfie camera. The OnePlus 7 is slated to launch sometime in Q2 2019 while some claim that it could get an official launch in May.