OnePlus 6T launch event in New York at 8:30pm IST today: How to livestream and what to expect

The OnePlus 6T will be launched globally today at an event in New York and the company will be hosting another launch event in India tomorrow. 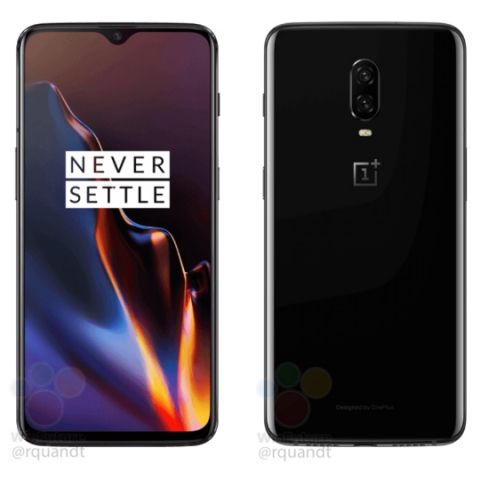 OnePlus will finally unveil its almost entirely leaked smartphone, the OnePlus 6T, at an event today at Pier 36 in New York. Numerous reports and rumours have already given away what to expect from the device, sans its pricing. Same as every year, we are expecting the ‘T’ version of the phone to bring some iterative upgrades and this time, most of these could be design based. OnePlus has already confirmed that the upcoming OnePlus 6T will feature an in-display fingerprint sensor, pack a slightly bigger 3700 mAh battery and not come with the 3.5mm audio jack. Will the flagship smartphone be a worthy upgrade over the OnePlus 6? We will tell you once the OnePlus 6T becomes offical later this evening. Until then, take a look at how you can watch the global launch of the smartphone live in India as well as what you should expect in terms of specs and price of the OnePlus 6T.

OnePlus 6T launch event: How to watch the livestream

Today’s event will be live streamed via OnePlus’ social media channels but you can watch it directly from the video embedded below. The event is slated to go live at 11 am EDT, which translates to 8:30 pm IST.

Same as its predecessor, the OnePlus 6T is expected to be running on Qualcomm’s Snapdragon 845 SoC. This has been corroborated by plenty of leaks as the phone has been spotted on Geekbench and AnTuTu. On both the listings, the smartphone was listed running on Android Pie and on Geekbench, it scored 2510 and 8639 in single core and multi-core tests, respectively. From this, we can estimate that the OnePlus 6T will perform similarly to its predecessor. However, the leaked AnTuTu score of the phone is said to be 297132. If this is true, then the OnePlus 6T tops other phones that run on the same SoC like the Mi Black Shark, which had an average score of 288187 and its predecessor the OnePlus 6 that scored 284830.

Recently, the specification sheet and the promotional images of the OnePlus 6T were leaked. The new images revealed the phone in its entirety and gave a look at the device’s new waterdrop notch display. As per the report, the OnePlus 6T will come equipped with a 6.4-inch Optic AMOLED display with 1080 x 2340 Full HD+ resolution and a 19.5:9 aspect ratio. The waterdrop notch looks similar to the ones we have seen on some mid-range Oppo and Vivo phones. The handset could sport 86 percent screen-to-body ratio and is tipped to come with Gorilla Glass 6 protection. Additionally, the presence of the already confirmed in-display fingerprint sensor is also reiterated.

The OnePlus 6T’s specification sheet states that it could be launched with up to 8GB RAM and 256GB internal storage, without microSD card support. In terms of optics, the device might feature a 16MP + 20MP dual rear camera setup, where both the sensors could come with a f/1.7 aperture. The company has confirmed that there will be a new ‘Night Mode’ on the device’s camera that is supposed to help capture better images in low-light. The phone’s camera will reportedly come with features like Quick Capture, Portrait Mode, and super slo-mo video recording in HD resolution. On the front, it could sport a 20MP sensor with a f/1.7 aperture.

The India pricing of the phone has not been leaked or tipped at yet, but the OnePlus 6T was previously listed on a German retailer's website at €580 (Rs 48,370) for the 8GB RAM + 128GB Storage model. There have been reports that the new phone will be priced slightly higher this time and it might be launched starting at Rs 36,000 in India. Indian buyers can pre-book the OnePlus 6T on Amazon right now and get the new OnePlus Type-C Bullets earphones free of cost along with Rs 500 cashback in Amazon Pay account. Those who do not pre-book the OnePlus 6T will have to purchase the OnePlus Type C Bullets seperately for a price of Rs 1,490. Here are all the buying offers on the OnePlus 6T in India.