The OnePlus 6 is rumoured to come with a similar 3D facial recognition feature that Apple introduced with the iPhone X. 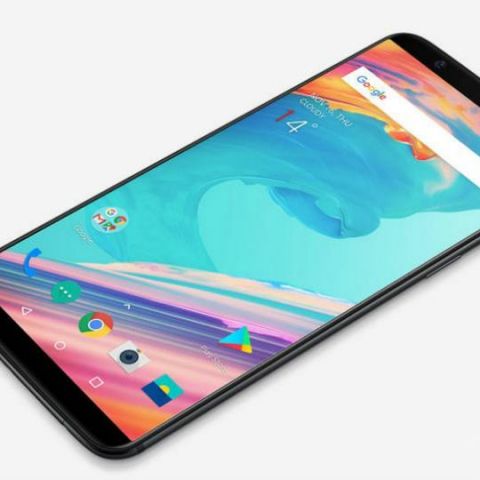 Considering OnePlus is releasing a new iteration of its flagship device every six months, it’s no surprise that speculation and rumours have taken no time to surface about the upcoming OnePlus 6(₹ 34999 at amazon). Not surprisingly, reports state the OnePlus 6 could come with the iPhone X’s marquee feature — Face ID.

The OnePlus 6, slated to launch sometime in the middle of 2018 will have an all-screen design distinctly similar to the iPhone X. In fact, a “reliable tipster” told Android Marvel that the OnePlus 6 will have 3D facial recognition like the iPhone X.

The OnePlus flagship will have an advanced camera setup on the front that will use infrared light to measure depth and map 3D images of people’s faces to authenticate.

It is also rumoured the OnePlus 6 will not have the notch on top of the screen which the iPhone X has been criticised for. Instead, OnePlus will put a full top bezel where it will house the extra sensors.

OnePlus copied the design of the iPhone 7 Plus for the OnePlus 5 (review) and if reports are to be believed, the company is going to copy Apple once again for the next “flagship killer.”

However, OnePlus already has its own rudimentary version of facial recognition which essentially optimises Android’s native “Trusted Faces” feature to unlock quickly. It isn’t as fool-proof as Apple’s FaceID and OnePlus knows where to look to make its facial recognition more secure.

The OnePlus 6 is expected to launch next summer and there is plenty of time for more rumours and leaks and speculations. Other OEMs are also expected to bring the feature over to their offerings and OnePlus is surely not going to be the only one copying Apple.