The OnePlus 6 is probably one of the most hotly awaited flagship smartphone right now, with a global launch scheduled for May 16 in London, followed by an India launch on May 17. While the smartphone’s design as well as specs have leaked multiple times over the past few months, a product listing page has now revealed almost everything there is to know about the device.

An Amazon Germany listing of the OnePlus 6 was spotted by WinFuture showing the device in its Midnight Black and Mirror Black variants. Of course, the listing was soon pulled down by Amazon Germany, but not before the website managed to grab photos of the smartphone showing off its design as well as the placement of the cameras, fingerprint sensor, buttons and ports. Thanks to the listing, complete specs of the OnePlus 6 are also now known two days ahead of the official launch of the smartphone.

The Amazon listing confirms that the OnePlus 6 will feature a 6.28-inch AMOLED display with a resolution of 2280 x 1080 pixels which fits the 19:9 format. The display is protected by Gorilla Glass 5 and its notch is seen housing the front facing camera alongside other sensors. The listing also mentions Gorilla Glass 5 presence at the back of the phone which is now confirmed to be scratch, drop and water resistant. 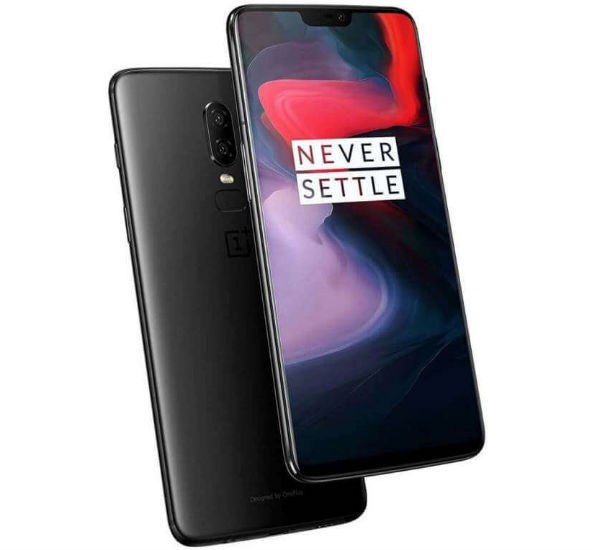 For its processing powers, the OnePlus 6 is now confirmed to feature the Qualcomm Snapdragon 845 chipset paired with 6GB RAM and 64/128GB storage options. Although, a higher 8GB RAM/256GB storage variant of the phone is also expected to be made available by OnePlus.

For its photography skills, the listing mentions a vertically placed dual camera setup at the back with a combination of 16MP and 20MP lenses. The primary camera of the OnePlus 6 is further confirmed to add optical image stabilisation, portrait mode and slow-motion, features we have come to expect from flagship-grade smartphone cameras. Front camera specs of the OnePlus 6 were not mentioned in the report or the listing. The fingerprint sensor is seen located below the primary camera setup and the Alert Slider has been moved up to the right. The OnePlus 6 retains the 3.5mm headphone jack which is located below the device, along with a USB Type-C port and a speaker grille. 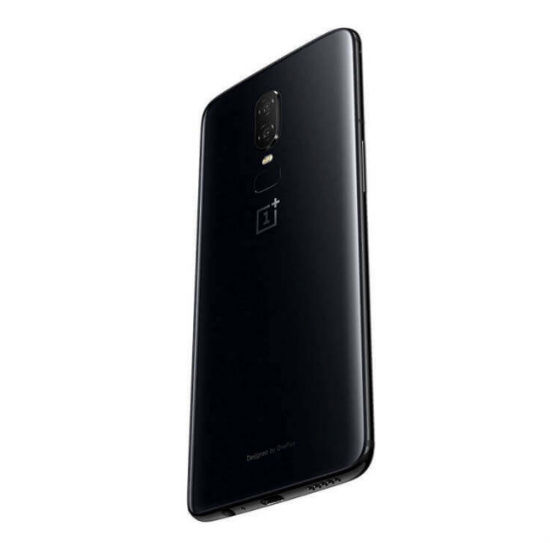 There was no battery information listed by Amazon, but the OnePlus 6 is expected to feature a 3300 mAh battery according to a previous TENAA listing of the device. There’s also OnePlus’ Dash Charge tech available for rapid charging.

Not much is left to the imagination for the OnePlus 6’s global launch now. What we don’t know yet is the software customisations and tweaks OnePlus has in store, however, the phone will most likely run Android 8.1 Oreo out of the box. We will also find out the exact IP rating of the device on May 16 giving us a clearer picture of its water resistance capabilities.