OnePlus 5T is expected to be a major redesign over the OnePlus 5 with thinner bezels and an 18:9 display aspect ratio. The smartphone is also tipped to support a rear-mounted fingerprint sensor. 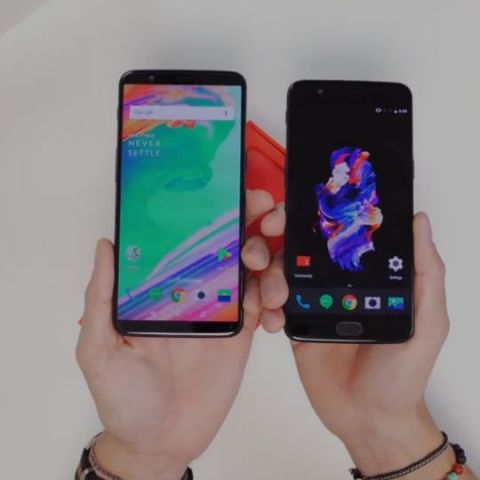 OnePlus is set to launch its updated flagship smartphone, OnePlus 5T, on November 16. The smartphone will be unveiled at a global event in New York and will go on sale starting November 21. The launch is scheduled to start at 9.30PM IST and the company is selling tickets for the livestream at select PVR Cinemas across Mumbai, Bangalore, Hyderabad and Pune.

The OnePlus 5T is expected to be a major redesign for the OnePlus flagship and the company is teasing that the device will bring "A New View." Ahead of its official launch, the smartphone has already appeared in the form of renders and now, it has also appeared in the form of a 5-minute unboxing video. The video was posted to YouTube by a tech vlogger and has since been pulled down. Possibly due to the embargo around revealing the device. However, someone else uploaded that video to another popular video streaming platform, which shows the upcoming device next to its predecessor, the OnePlus 5.

The OnePlus 5Tis expected to larger display and thinner bezels. It is tipped to feature a 6-inch Full HD+ display with a resolution of 2160 x 1080 pixels and an aspect ratio of 18:9. The video shows that the upcoming device will feature a similar footprint as the OnePLus 5, but with a taller display. 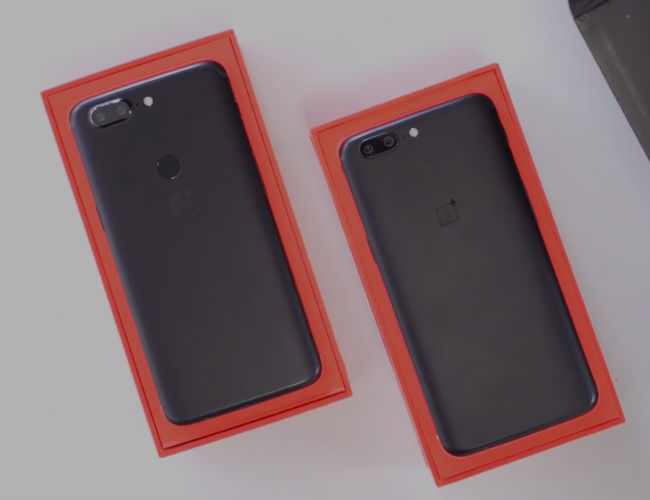 Another major change in terms of design seems to be the relocation of the fingerprint sensor from the front to the back. The OnePlus 5T is expected to use the Snapdragon 835 chipset, which is also found on OnePlus 5 coupled with an option for 6GB or 8GB RAM and 64GB or 128GB internal storage. It is expected to retain the same dual rear camera setup with a primary 16MP sensor and a secondary 20MP sensor. The smartphone recently appeared on the GFXBench listing, which suggested that it will get an updated 20MP front camera similar to Oppo R11s. OnePlus has also confirmed that the smartphone will retain the 3.5mm audio jack and won't support wireless charging.