The Chinese retailer, Oppomart has listed the phone for $549 (approx Rs 35,600) and states that the phone will feature an 18:9 display aspect ratio. 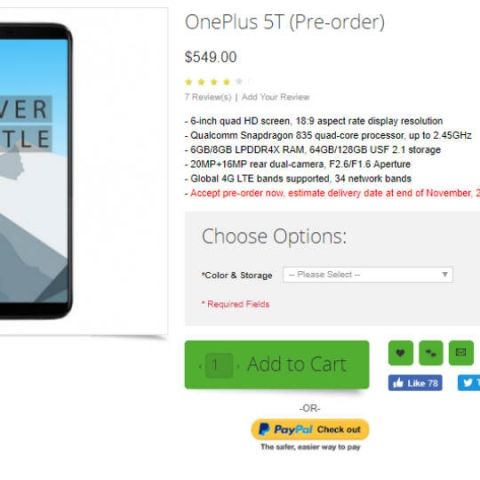 The OnePlus 5T may not be official yet, but Chinese retailer, Oppomart has already listed the phone on its website. The phone is listed at $549, which roughly equates to Rs 35,600. As per the listing, the phone sports a display aspect ratio of 18:9, and a quad HD resolution. It also suggests that the phone will continue to use a dual-camera setup consisting of 20MP and 16MP cameras with a slightly larger f/1.6 aperture lens. However, there seem seems to be slight inconsistencies in the specifications list tab within the page itself. For example, the specifications tab lists the phone as having a Full HD display with a resolution of 1080 x 2160 pixels. Further, the tab also lists the phone as having a f/1.7 aperture lens. It also suggests that the OnePlus 5T will feature a slightly larger 3450mAh battery, as compared to the 3300mAh battery on the standard OnePlus 5. 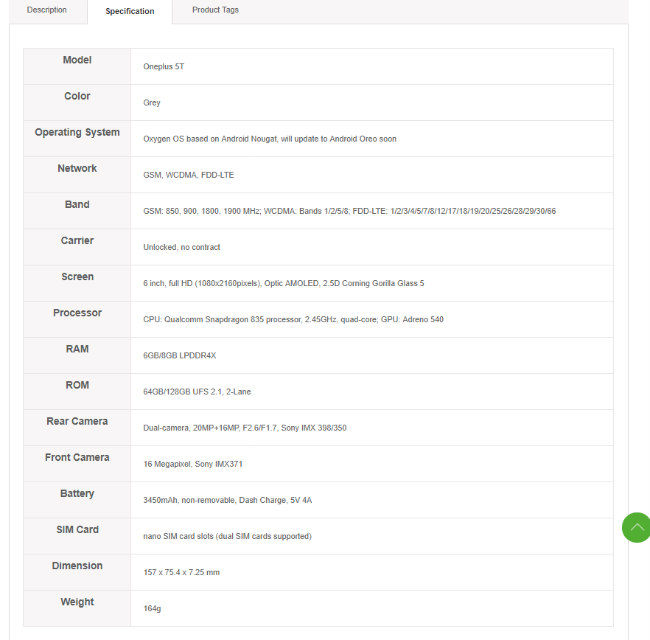 Other features of the phone also seem to match up to the current OnePlus 5 such as the fact that it will be powered by Qualcomm’s Snapdragon 835 chipset and be available in 6GB RAM/64GB storage and 8GB RAM/128GB storage variants.

A few days ago, Italian website Gizchina.it claimed to have got the AnTuTu listing for the upcoming device. As per that, the phone has the model name A5010 is tipped to sport two 20MP cameras at the back and not the 20MP+16MP cameras listed by Oppomart. Further, the phone is tipped to come with Android Oreo out of the box. The rest of the specifications lineup with previous leaks such as the Snapdragon 835 chipset. 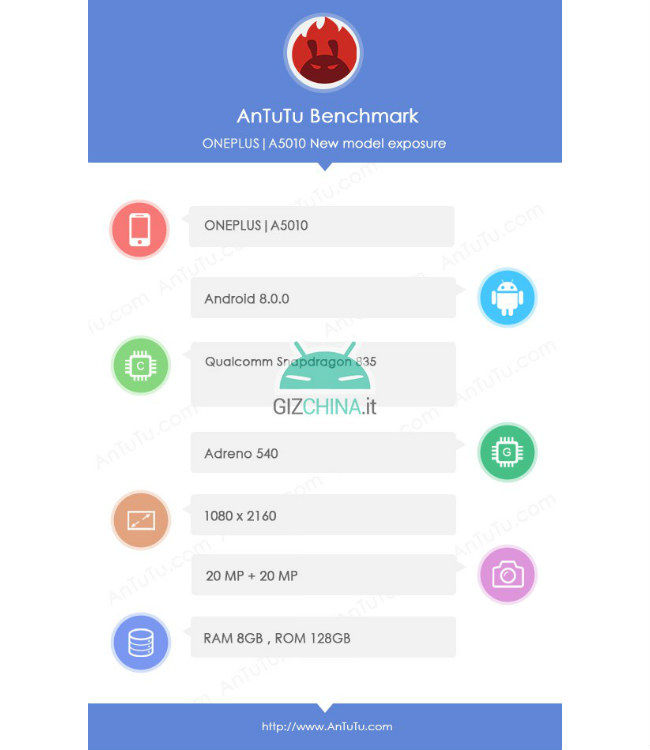 However, it should be noted that OnePlus hasn’t confirmed anything yet, and as such, these leaks and listings need to be taken with a pinch of salt. Oppomart had earlier listed both the OnePlus 3 and OnePlus 3T before official unveiling and the listed specifications of the device turned out to be different from the finished product.