The OnePlus 5T brings a major redesign to the smartphone with thinner bezels and a tweaked camera setup. The smartphone is priced at Rs 32,999 for the 6GB RAM variant, while 8GB RAM model will retail for Rs 37,999. 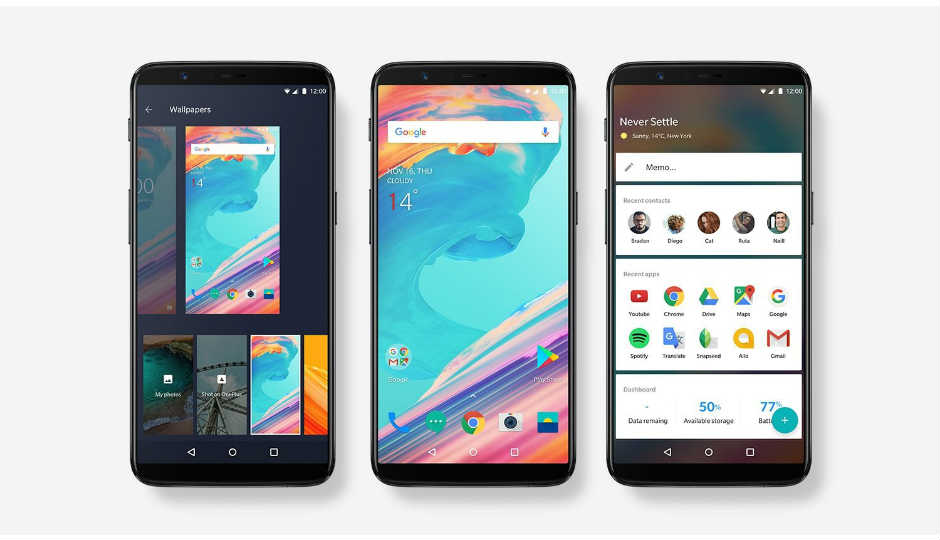 OnePlus 5T, the updated flagship smartphone from OnePlus will go on first sale today on Amazon India. The smartphone will be available exclusively for Prime members at 4.30PM as part of an early access sale. Ahead of the sale, OnePlus says the smartphone has generated over 2 million consumer interest on Amazon India till November 20, which it claims to be 2x the interest of OnePlus 5. As part of early access sale, the smartphone is available with attractive discounts including an instant discount of Rs 1,500 on HDFC Bank Credit and Debit Cards.

Upon purchase of OnePlus 5T, Idea users will get 2GB 4G data per day for next 18 months at a fixed price of Rs 357 per month. Other offers include free 1-year membership of Zomato Gold and Rs 500 e-book promotion credits on Kindle Store. Amazon is also offering Rs 300 cashback in the form of Amazon Pay Balance to new Prime members and additional Rs 250 cashback when they stream for the first time on Prime Video app. OnePlus 5T buyers will also be eligible for complementary OnePlus Care protection plan (12-month Accidental Damage Insurance by Servify) on downloading the Kotak 811 app and activating it with an initial deposit of ₹1,000 during the introductory period. The smartphone starts retailing at Rs 32,999 and the official sale will begin starting November 28.

To recall, the OnePlus 5T was announced on November 16 and borrows the hardware found on its predecessor OnePlus 5, but brings a major redesign to the smartphone. With a new taller, thinner display, the OnePlus 5T falls in the same league as that of other flagship devices like the Xiaomi Mi Mix 2 and Galaxy S8 amongst others. The smartphone sports a 6-inch Full HD+ Optic AMOLED display with thinner top and bottom bezels and also supports the new taller 18:9 aspect ratio. The redesign also means that OnePlus has moved the fingerprint sensor from the front to the rear and it's placed where the finger will rest.

OnePlus says the camera automatically switches to the secondary 20MP sensor when the lighting drops to 10 lux. It also brings a new Portrait Mode that adds depth effect for pictures with blurred background. Further, the OnePlus 5T supports 4K video recording at 30fps and relies on electronic image stabilisation. It retains the 16MP front camera with EIS and 1080p video recording.

The OnePlus 5T supports connectivity options like Wi-Fi 802.11ac, Bluetooth 5.0, NFC, GPS and 4G LTE. The smartphone, unlike recent flagships, retains the 3.5mm audio jack and runs OxygenOS based on Android 7.1 Nougat, with Oreo beta arriving later this month. The smartphone is backed by a 3300mAh battery and supports Dash Charge for fast charging. OnePlus has confirmed that it will phase out the OnePlus 5 and that the OnePlus 5T will be the only smartphone available from the company.

In terms of pricing, the OnePlus 5T is priced at Rs 32,999 for the 6GB RAM and Rs 37,999 for the 8GB RAM variant and will only be available in midnight black colour variant. Read our full review here.