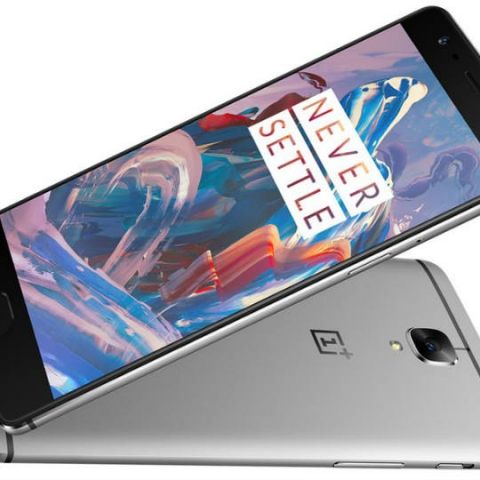 As OnePlus gears up to launch its flagship smartphone, the OnePlus 3, a new image of the device has surfaced online. Images of the phone have been spotted on various websites earlier as well. However, the latest leaked images, coutesy of @evleaks, gives us a full blown render of the phone. The new images suggest that OnePlus will be dropping its sandstone back after all.

According to the latest leaked image, the phone has a metal construction, which is reminiscent of the HTC One M8. At the bottom, there is a single speaker grill along with the headphone jack. The USB Type-C port is carried forward from the OnePlus 2, and previous reports suggest that the phone may feature fast charging technology, called “Dash charge”. At the back, one can see the two antenna lines running across the top and bottom of the phone. The home-cum fingerprint scanner is at the front, and the image also suggests that the OnePlus 3 will have an alert slider.

Previous leaks suggest that the OnePlus 3 will have a 5.5-inch 1080p display. The device is likely to be powered by a Qualcomm Snapdragon 820 SoC. The Snapdragon 820 is currently being used by almost all flagship smartphones, which were announced this year. The Oneplus 3 is expected to be launched with two RAM variants. Leaked benchmarks suggest that the phone may feature 4GB and 6GB RAM variants and may have 64GB and 128GB of internal storage. The device is expected to have a 16MP rear camera and an 8MP front camera. It is supposed to have a 3500mAh battery as well.