Nokia could unveil its India launch schedule on May 8 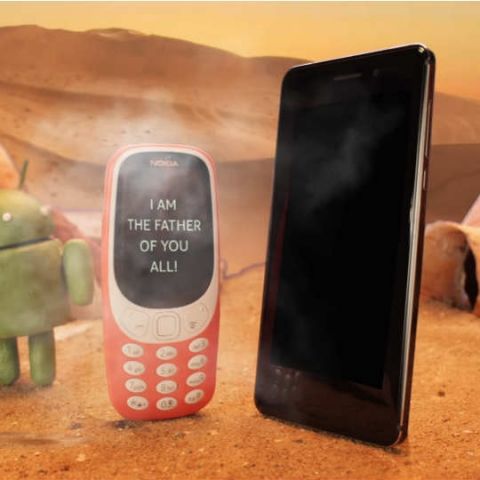 Nokia is slated to make a return to the Indian smartphone market later this year and chances are that the company may reveal details on May 8. HMD Global will be hosting an event in New Delhi called "a conversation with Juho Sarvikas, Chief Product Officer, HMD Global" on that day. To recall, HMD Global is the company, which owns the license to manufacture and sell Nokia-branded phones globally. It is expected that the company might announce the availability of Nokia 3(₹ 5890 at flipkart)310, and the Nokia 3,5 and 6 smartphones during that event.

According to previous reports, Nokia may start selling smartphones in the UK by June, while the Nokia 3310 is already available in the Germany and Austria for pre-order. The company also released a teaser video yesterday commemorating Star Wars Day as well as its past. The video teaser shared by the company was Star Wars themed, wishing its fans “May the 4the be with you…” and was posted under the title, "Coming to your galaxy soon… #StarWarsDay."

The video was shared by Nokia’s twitter handle, where the company reconfirmed the launch timeframe stating, "hi, we will be launching globally in the coming months (May-June). Stay tuned for updates!"

It is safe to assume that India will see launch of Nokia devices in the coming months as well. The company has already confirmed that the company plans to sell its phones in India via both online and offline channels and that it is trying to set up its service centres and outlets across 250 Indian cities.