Nokia C7 vs. Samsung Wave-II: The battle of the developing OSes [Comparison] 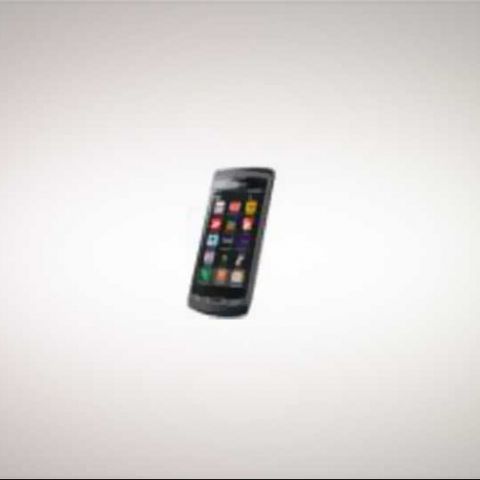 Bada OS is Samsung’s own smartphone operating system project. It depends on Samsung for its development and updates. Bada OS, first seen in the Wave smartphone, has now been updated to version 1.2, and that very conveniently been loaded in the new Bada-II handset.

Towards the end of last year, Nokia launched the N8 smartphone with the latest avatar of the Symbian OS- Symbian^3. Now, more phones are getting the latest Symbian avatar, with the C7 being the latest. The Bada 1.2 walks out into the world loaded in the Samsung Wave-II. Since both phones are priced in the same bracket, it is a good time to do a comparison of how good they are - both in terms of hardware as well as the platform.

The build & design: Punching above their weight
Both phones in question here have a solid build quality. The materials used are of really good quality. However, the C7 tends to slip a bit in the hand, which is not comfortable when typing out a sms. In terms of design, the Nokia C7 flirts with a curved edges look, and offers multiple colour combo options, but nothing radical. The purposefully rounded edges give the phone a nice look. The Samsung Wave-II has a more edgy and aggressive look, while being conservative with the colour combinations. The Wave II fits well in the hands, and even though it has a marginally bigger screen than the C7, it still feels more comfortable to use. Interface layout, maybe. 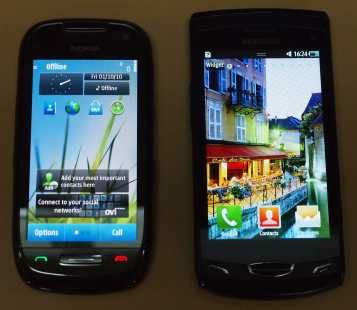 The Interface: Three times the wave!
Both operating systems clearly show their roots here. With Symbian^3, you clearly know that it has evolved from the previous generation Symbian smartphone OS, the likes of which we saw in the Nokia N97. The similarity to the previous gen interface has been criticized often, but for Nokia’s old fans, there is sense of familiarity which cannot be measured! Three home screens on offer here, with the ability to customise it completely. The only issue is that the widget size is limited, which renders some widgets unusable. Imagine having to scroll through 100 tweets, one tweet at a time. The new Symbian^3 interface which has been leaked on various online forums, seems to suggest that Nokia realizes this problem and is rectifying it. On the C7, the interface was not as smooth as expected. The 680MHz processor may have its own limitations, but the choppiness is not something a user would want.

The Bada OS on the Wave-II has taken its inspiration from Android, most definitely. The attempt to not change the tried and tested has worked, and the additions to it have made the Bada a good looking OS. Samsung has wrapped the TouchWiz UI on the Bada as well, which makes it look uncannily similar to the Android on the Galaxy S.

The Hardware: Power vs. a bit less power
In the power stakes, the Wave-II takes a huge lead over the C7. The 1GHz processor of the Wave-II is miles ahead of the 680 MHz processor in the C7. And this shows in the smoothness (or the lack of it in the case of the C7) of the interface. The rest of the stuff is pretty much similar across both devices- touch based screen, microSD card slot, microUSB ports, 3.5mm audio jack and hardware buttons for call connect, call disconnect and menu. What the Wave-II misses out on big time is the ability to adjust brightness in accordance with the ambient lighting.

The Touchscreen: A complete mismatch
The touch response of the Wave-II is by far the best we have seen among phones in that price range. The Nokia C7 suffers from the traditional mind-set that a phone priced at less than Rs 30k will not have the best touchscreen experience. Typing out sms and emails on the Wave-II is fun, while it isn’t as much fun on the C7. The touch response on the Nokia is not very intuitive as well as being not very consistent. 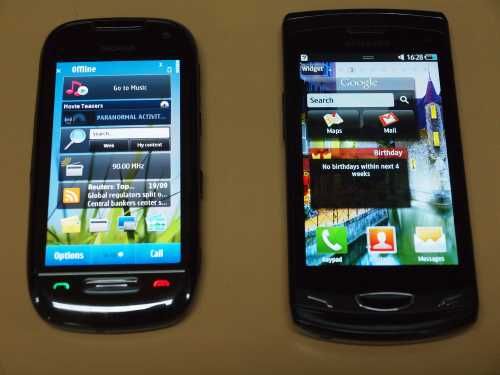 Display: The present takes on the future
The Nokia C7 has the 3.5 inch AMOLED with a resolution of 640x360 pixels. This is not bad, when looked at, in isolation. The display is very good, and the colours are quite vivid as well. Brightness levels are managed well. Watching videos on this screen is a good experience. However, in walks the S-LCD of the Wave-II, and everything goes for a toss. The 3.7 inch screen has an advantage in terms of size. The resolution of 480x800 pixels is just far superior to the C7. The S-LCD display has extremely rich colours and very deep blacks. Watching videos on the Wave-II will be an absolute delight.

Multimedia: Spoilt for choice
The music playback capabilities on both phones are extremely similar. The available of a 3.5mm jack allows users to use any earphones/headphones of their choice with the phone. Video playback, however is very different on both phones. The Nokia C7, thanks to its lower screen resolution does not match up to the brilliant playback offered by the Wave-II. The higher resolution and the better S-LCD display on the Wave-II makes video viewing a pleasure.

Camera: The bigger isn’t necessarily better
This is the best example of a more powerful spec not always being better. The C7, with the 8MP camera, isn’t necessarily better. The image quality is quite okay, but somewhat noisy in most scenarios - low light, fast moving or bright light. It needs the perfect environment for the perfect shot! The Wave-II, on the other hand, has a smaller 5MP camera, but offers much better images in return. The noise is lower, and the camera is not overly sensitive to light changes around. Both cameras can record 720p HD videos as well. 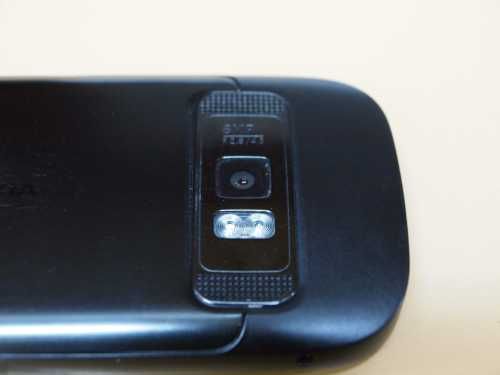 App World: The fight back happens
This is where the Nokia C7 has a clear advantage. Despite not being as good as the Android Market, the Ovi Store is better equipped than the app store for the Bada OS. Bada is an up and coming OS, agreed, but the variety of apps and games available for Symbian^3 is just a lot more.

Price: Gone with the wave!
Both the phones- Nokia C7 and the Samsung Wave-II, are retailing at pretty similar prices. The C7 is available for around Rs 17k, while the Wave-II is available for about Rs 16.5k, if you can find the right deal! Even though the prices are relatively similar, the overall package offered by the Wave-II is far superior to the Symbian^3 based Nokia C7. The screen, touch response and the hardware is just that much better. However, you may want to buy the Nokia C7 if you want that familiarity with the OS interface, or want to play games downloaded from the Ovi store.