According to the document published online, the Nokia 9 PureView will have Bluetooth 5.0 and will be a 4G device. 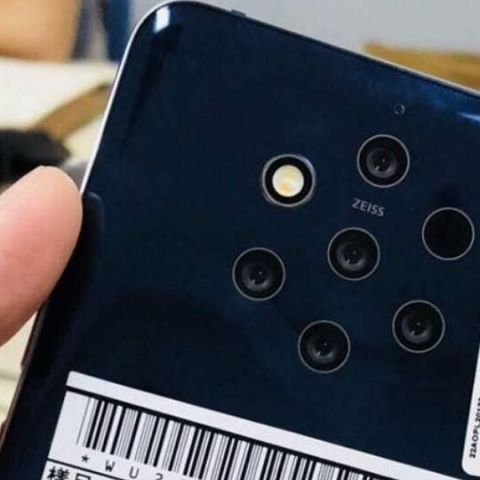 The Nokia 9 PureView is one of the most-discussed phones currently due to its rumoured penta-camera setup on the back panel. Amid several leaks and reports, three models of the smartphone have got Bluetooth certification - one of the mandatory steps before a company releases a phone commercially. This development further attests to the fact that the device is on its way to markets but there is uncertainty about the launch date.

According to a document published on launchstudio.com, the model numbers TA-1082, TA-1087, and TA-1094 have received the certification. Reportedly, the last model has also been spotted at other certification bodies, such as 3C and MIIT. It will have Bluetooth 5.0 and will be a 4G smartphone, the listing notes. Other than this, the document does not provide any information. It is possible that the these multiple models are for different markets.

Previous reports had said that HMD Global would launch the Nokia 9 PureView by the end of this year, but later, a report claimed that the launch has been postponed indefinitely. Some media platforms claimed that the company might be looking at CES in January or MWC in February to launch the phone but nothing has been confirmed. The main reason for this is apparently quality issues with the penta-camera setup. 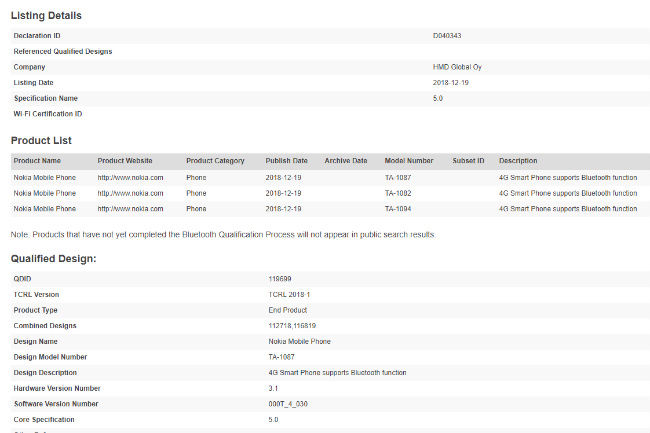 Talking to winfuture.de, Country Marketing Head, Britta Gerbracht had said that due to the complex camera unit of the new model, the manufacturer and its production and development partner Foxconn, is facing some challenges. Camera is the most distinguishing feature of the Nokia 9 PureView smartphone. It has seven cutouts on the back panel to apparently house five cameras: main RGB, wide-angle, tele, monochrome and a depth sensor. The sixth cutout is for the flash and the seventh one could be used for a laser-assisted autofocus.

An image of the smartphone was leaked mentioning 4150mAh as the battery capacity of the device. It has also been reported that the smartphone may come with 5.9-inch, QHD resolution 3D glass OLED display and may be powered by the Qualcomm Snapdragon 845 processor. In the camera department, the Nokia 9 is said to sport a 41MP primary wide-angle camera, a 20MP secondary telephoto lens and a 9.7MP monochrome camera with ZEISS optics.