According to a tweet, HMD Global may launch the Nokia 9 PureView smartphone in the third or fourth week of January for a price of at least EUR 749. 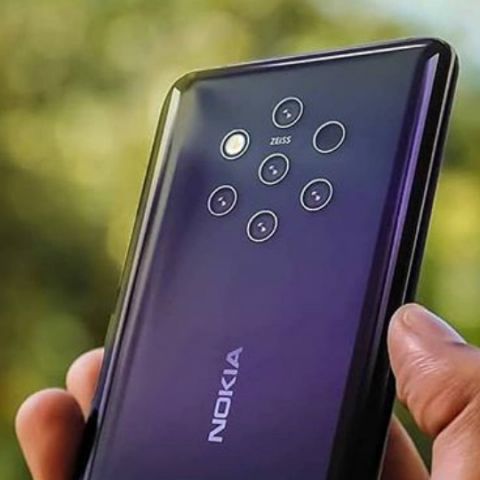 The Nokia 9 PureView is one of the most discussed smartphone on the internet today. While there is no concrete information on the launch date or time of the smartphone, a tweet by Nokia-Leaks has claimed that HMD Global could unveil the device in either third week of January or the fourth week. The tweet also says that the phone could first launch in some European markets.

Not only this, the tweet mentions that HMD Global could put at least EUR 749 price tag on the smartphone and that could go up to EUR 799 depending on the market it is being launched in. Leaks have suggested that the Nokia 9 PureView smartphone is expected to carry a penta-camera setup on the back, along with an LED flash and optical sensor for quick focussing. All this is said to be arranged in a circular fashion within seven cutouts on the back panel.

There are several reports which claim that the smartphone could launch at the upcoming CES, or at MWC in February but as per a company executive, there is no timeline decided for the launch event. The device was supposed to launch at the end of last year but apparently some issues with the camera forced the company to indefinitely postpone the launch event. In case the device is launched in January, it may go on sale before the 2019 flagship smartphones start launching.

Last month, an alleged promo video of the Nokia 9 PureView smartphone was leaked and it shared the information about the hardware and other known elements of the device. The video showed the phone featuring an in-display fingerprint sensor and sporting Android One branding suggesting that it could launch under Google’s Android One Program. Since 2018, Nokia has launched all its smartphones under this programme. 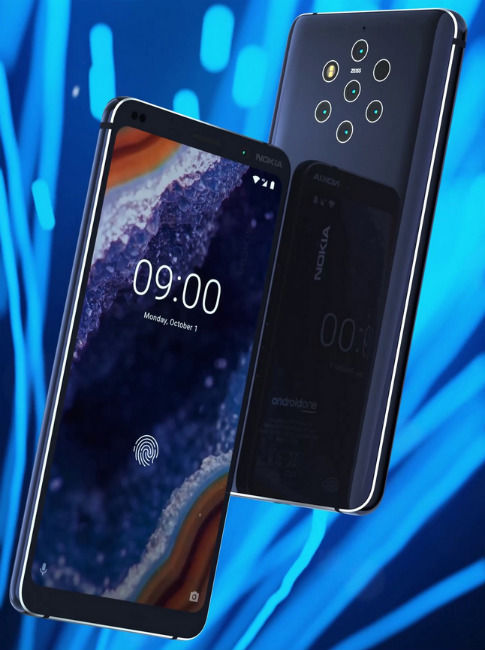 The USP of this smartphone is said to be its camera with Zeiss optics. As per the video, users will be able to click photos with all the five sensors at the same time and the setup is claimed to capture up to 10 times more light in comparison with a regular phone camera sensor. The video shows that the camera could also enable users to adjust depth-of-field after a shot has been taken. This feature might be accessible from within the Google Photos app.

The Nokia 9 PureView is claimed to feature a 5.99-inch PureDisplay display panel with 2K resolution and HDR10 compliance. It could feature an 18:9 aspect ratio with thin side bezels, thick top bezel and a chin. The phone is expected to ship with a metal rear panel with glass protection, suggesting Qi wireless charging support. Under the hood, the Nokia 9 PureView is expected to have a Snapdragon 845 SoC, coupled with 6GB RAM and 128GB storage.