The Android Oreo update for Nokia 8 is currently under beta testing and is expected to be released soon. The teased image does not show any particular feature of the update, however, it shows the size to be 1.3GB. 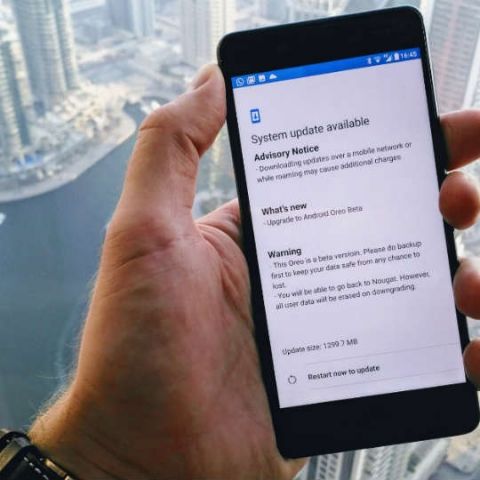 HMD Global’s Chief Product Officer, Juho Sarvikas, has teased an Android Oreo update for the company’s latest flagship, the Nokia 8. Sarvikas posted an image on Twitter showing the Nokia 8 one restart away from being updated to a beta version of Android 8.0 Oreo. The update changelog didn’t reveal much about any upcoming features for the device, however, it did show the 1.3GB update size.

The tweet did not reveal an exact release date for the update, but Sarvikas said that it will be released when it’s perfect. He has also assured users that the Nokia 3, Nokia 5 and Nokia 6 will all receive the Android Oreo update as well. Some users inquired if there will be an Android beta program for Nokia smartphones, similar to OnePlus and Pixel phones, to which Sarvikas replied saying, “Would really appreciate and love to get your help. Stay tuned”. The reply could mean that HMD might be working on an Android beta program for its Nokia smartphone users.

We are on it @nokiamobile . @Android #Oreo maturing nicely on #Nokia8 , will release when perfect. Stay tuned! pic.twitter.com/wPxEGA4rJn

HMD revealed its latest flagship smartphone, the Nokia 8 last month. The smartphone is powered by a Snapdragon 835 mobile platform. The Nokia 8 sports a 5.3-Inch QHD screen with an 'Always On' display, which is protected by Gorilla Glass 5. The phone features 4GB RAM coupled with 64GB of internal storage, which can be further expanded upto 128GB via a microSD card. The Nokia 8 features a 13MP dual-camera setup on the rear and a 13MP front-facing camera. Nokia has fitted both the cameras with ZEISS optics. The smartphone is powered by a 3,090mAh battery with Quick Charge 3.0 support and currently runs on Android 7.0 Nougat.