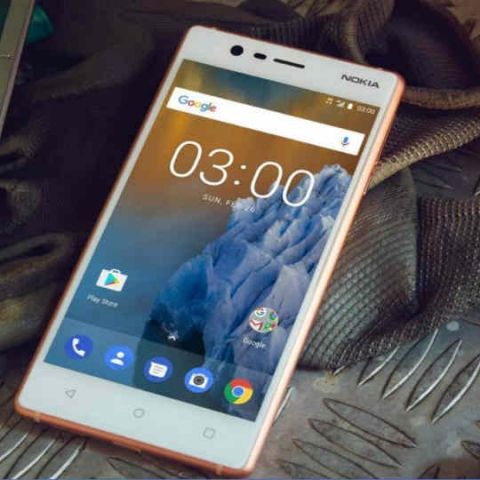 HMD Global’s Chief Product Office, Juho Sarvikas, has confirmed that the Nokia 3 will skip the Android 7.1.2 Nougat update to go directly to Android Oreo. Sarvikas confirmed the news replying to a tweet.

Thanks! We will transition straight to Oreo

Nokia 3 is a an entry-level smartphone from HMD Global and the device received the Android 7.1.1 Nougat update back in September. The Oreo update rollout for the Nokia 8, HMD’s flagship smartphone, began just last week. Nokia 6 and Nokia 5 are also expected to start receiving Android Oreo in the coming weeks.

HMD Global had launched the Nokia 3, Nokia 5 and Nokia 6 in India back in June, and the Nokia 3 was the first of the lot to go on sale. At launch, the Nokia 3 was only available through offline retail channels, but the smartphone can now be purchased through Flipkart and Amazon.

The Nokia 3 is priced at Rs 8,700 and sports a 5-inch HD display. The smartphone is powered by a Quad-core MediaTek MT6737 SoC with 2GB RAM and 16GB storage, expandable via a microSD card.

In addition, the Nokia 3 is equipped with a 2630 mAh and features 8MP cameras at the front and back. In our first impressions of the device, we noted that the phone, though budget, feels well built. However, It doesn’t have the metal build we have seen on Xiaomi devices.