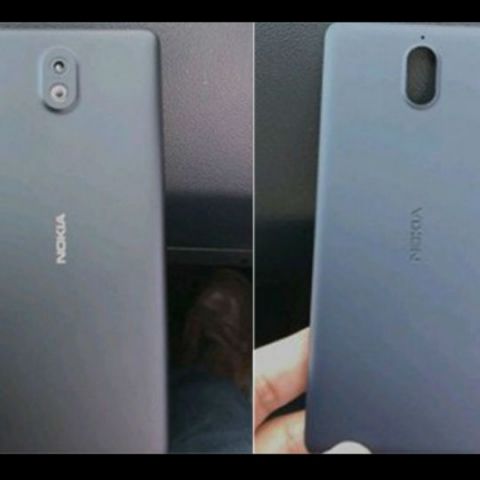 Nokia 1(₹ 5688 at amazon), rumoured to be the first smartphone running Google’s newly announced Android Oreo (Go Edition) OS, has once again appeared online. The low-cost smartphone has allegedly leaked in images posted on chinese website Baidu. Images posted on the website show the rear of the Nokia 1 smartphone.

The Nokia 1 can be seen sporting a single camera setup and the Nokia branding at the back. There are no images showing the display or the lighter Android OS running on the device.

This isn’t the first time the Nokia 1 has leaked online. The budget smartphone with 1GB RAM was leaked by a Russian blogger back in December. Reports suggest that the Nokia 1 will feature an iPS display with a 1280 by 720p resolution, 8GB internal storage and a MediaTek processor. The Nokia 1 is expected to be priced between Rs 6,000 - Rs 7,000.

Google had announced Android Oreo (Go Edition) in India at its Google For India event held in December. The company confirmed that Android Go will be updated alongside each Android version, such as Android P (Go Edition), Android Q (Go Edition) and so forth.