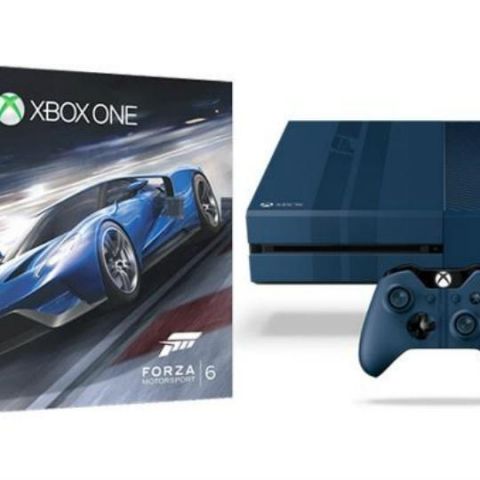 Microsoft India announced three new Xbox One console bundles on Friday, to celebrate its first anniversary in India. The consoles will be launched on October 2nd, and is now up for preorder on Amazon.

The Xbox One Forza Motorsport 6 Limited Edition Console features a racing-themed design with custom automotive and sound effects. Microsoft’s first racing-themed Xbox console will come with a 1TB hard drive, custom wireless controller with rubberized diamond grips, and a digital copy of Forza Motorsport 6. The game will be bundled with the Tenth Anniversary Car Pack, featuring 10 specially tuned cars with custom livery. This console bundle has been priced at Rs. 39,990.

The Xbox One EA Sports FIFA 16 Bundle will give players a full-game download of FIFA 16, three FIFA Ultimate Team Loan Legends and a year of EA Access. With EA Access, Xbox One users will get early access to upcoming EA titles and will also have access to The Vault, where they can play the best Xbox One games from EA.

Anshu Mor, Director Interactive Entertainment Business, Microsoft India said, “Games and gamers are at the center of everything we do and we’re always looking to offer the best ways to play on Xbox. With the launch of these bundles, we have taken into account the feedback that we received from our fans in India and added more storage to their consoles. This year, we’re delivering the greatest games lineup in Xbox history and we’re committed to delivering gamers the experiences and value they can't find on any other platform.”