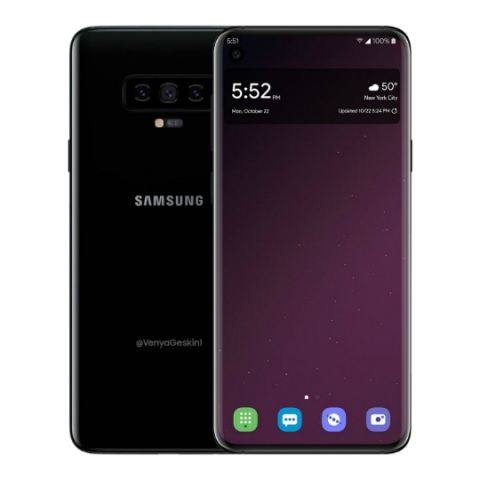 A lot of leaks including videos and photos of Samsung’s upcoming smartphone, the Galaxy S10, were released over the weekend. While a video shows the unboxing of the smartphone, an image shows the apparent back cover of the device. Tipster Ice Universe also claims that Samsung will unveil three models of the smartphone and the top-end model of the lineup will have two selfie cameras. He also claims that the devices will have an Infinity-O type display -  something that we have already been hearing about since the South Korean company introduced it at its annual developers conference last month.

Let’s first start with the video that leaked the alleged Samsung Galaxy S10+. Leaked by Slashleaks, the video shows a person mishandling a device that has three rear cameras and Samsung branding on the back. When seen from the front, the smartphone does not match the rumoured description of the device. Obviously we don’t know whether the leaks are true or fake, but the presence of thick bezels on the top and bottom of the display is something that is not likely to be seeon on the upcoming 2019 flagship. The corners of the device are rounder and the box contains a pair of old fashioned White coloured earphones with a 3.5mm jack. It has been seen that Samsung ships AKG-tuned high-quality wired earphones with its flagship models. In a nutshell, the phone in the video does not seem like the upcoming Galaxy S10+.

The second leak is about the back cover of the device. Gizmochina has uploaded a number of images of a smartphone with a back cover claiming it to be the Samsung Galaxy S10. The back shows two cameras and a fingerprint sensor at the same place as it was in the Galaxy S8, Galaxy S8+ and the Galaxy Note 8. Samsung has already changed the position of the fingerprint sensor in the Galaxy S9 as well as the Note9 devices, so it is highly unlikely that Samsung will go back to the two-year old design and include a visible fingerprint sensor in the first place. Also, rumours are rife that the company will include an in-display fingerprint sensor, so having a physical sensor does not make sense. Just like seen in the video above, there are thick bezels on top and bottom of the device, which is implausible. 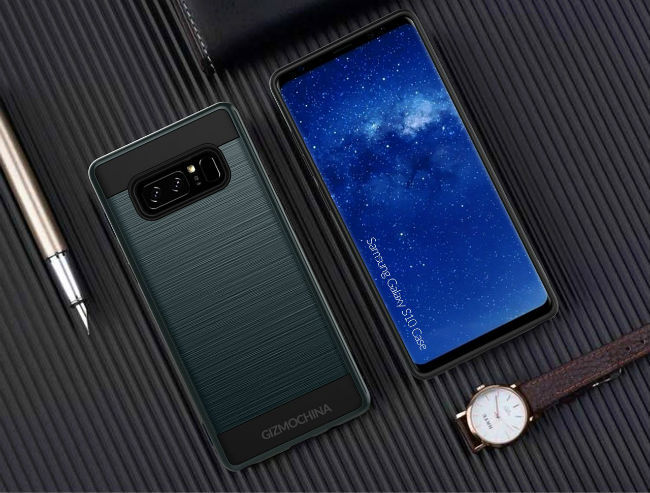 The third set leak comes from tipster Ice Universe who tweeted that the three models of the Galaxy S10 that will reportedly launch at MWC in February-March will have an Infinity-O display. “The Galaxy S10 Lite, S10, and S10+ are all Hole in Super AMOLED screens, but the S10+ has dual front cameras, so the hole design is slightly different,” the tipster tweets. He did not reveal anything about the rumored fourth model with 5G support, which is reported to come later with the company’s foldable smartphone. Ice Universe's information is completely different from what Slahsleaks and Gizmochina have reported and falls in line with other leakes that have been making rounds on the internet.

The Galaxy S10 Lite, S10, and S10+ are all Hole in Super AMOLED screens, but the S10+ has dual front cameras, so the hole design is slightly different.