Motorola has not scored very well with its touch screen phones. The Motorola Cliq came and passed without causing much excitement. The Motorola Droid is perhaps the only Android phone by Motorola that has generated reasonable hype and to some extent, delivered.

Enter Motorola Motoroi. There are many thing that make it a unique phone to possess (Yes, apart from that strange name). The phone is labeled by some people as a Tablet as well, but for now we will just refer it as another smart phone. The phone disappointed many followers when Motorola announced that the phone would only be available in China and Korea. But recently, Motorola confirmed the news that the phone will be available in markets all over the world. The president and representative of Motorola Korea, Rick Wolochatiuk, released a statement which said that the Motoroi “will be launched in other markets around the world.”

The Motoroi has large 3.7 inch screen which supports 16M colors. It features capacitive touch screen input on its 480x854 pixel resolution. It has a built-in 3.5 mm jack which assures us of its multimedia ability.  It runs on Android 2.0 and also has support for GPS. It is Wi-Fi and UMTS enabled. On the design front, it is a pretty cool looking device with just four keys on the front which are also touch sensitive. A disappointment for texting fans may lie in the fact that it has no hardware keyboard. This makes it a less preferred device for Social networkers and avid ‘texters’. It has 8GB of on board flash memory and is expandable through a MicroSDHC card slot. It is a feast for photography lovers with its 8 Mega Pixel camera which has Xenon flash to support it through dark times. It is also capable of recording videos at an impressive 720p. It also has an HDMI port for direct transfer to TV or any other compatible device, rounding it up as a dynamic multimedia phone. It supports multi touch on its touch screen which allows you to use the adorable pinch gesture to zoom in and out of photos.

The phone is expected to launch in US market by March 2010. It is expected to retain most of its features but reports suggest that the US version will be stripped of the T-DMB digital TV tuner that the Korean consumers can enjoy. We still have to wait and see when this phone releases in India  and how much it will cost. 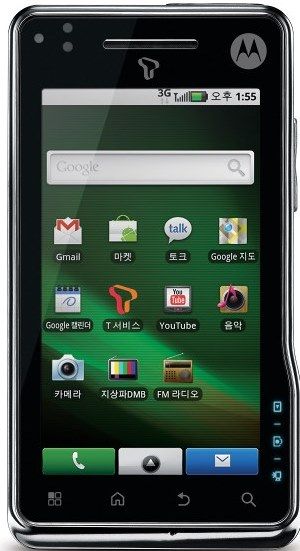