Moto Z2 Force with ShatterShield display runs out of stock on Flipkart, round 2 of sale starts Feb 20 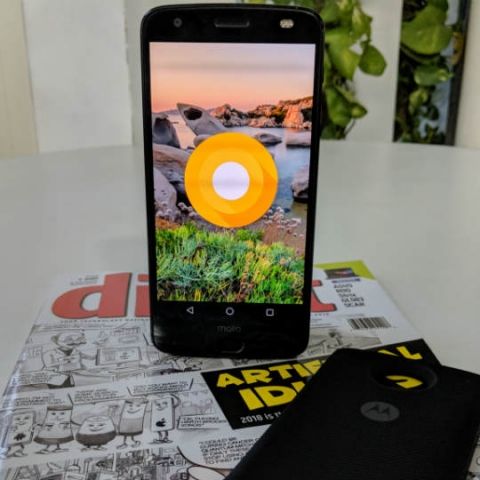 The Moto Z2 Force was launched in India just a few days back and was up for sale exclusively on Flipkart. However, the smartphone is now confirmed to be out of stock on the ecommerce platform. Flipkart now shows a ‘Enter Email to Get Notified” option on the product page for the Moto Z2 Force which was launched at a pretty attractive price point of Rs 34,998. Moto has confirmed that the Z2 Force will once again be up for grabs tomorrow, Feb 20.

For its price, the Moto Z2 Force packs in quite a punch and makes for fast performance with a powerful battery backup. The Moto Z2 Force comes bundled with the Moto Turbo Power Mod which adds 3490mAh of juice to the smartphone which features a 2730 mAh internal battery.

Apart from its modular nature, the Moto Z2 Force is recognised for its ShatterShield display and durable body. The smartphone features a 5.5-inch QHD POLED ShatterShield screen which is quite difficult (next to impossible) to crack. The display has resolution of 1440 x 2560p. A bad drop does not crack the screen of the Moto Z2 Force, but makes for a few dents on the body, which is still quite commendable when compared to other smartphones in its price range.

In terms of specs, the Moto Z2 Force features last year’s flagship Snapdragon 835 chipset clocked at 2.35 GHz. The device is equipped with 6GB RAM, coupled with 64GB internal storage, which can be expanded up to 2TB via a microSD card. On the rear are dual 12MP IMX386 cameras with a f/2.0 aperture, where one is a colour and another one is a monochrome sensor. The main cameras supports PDAF, LDAF along with a CCT dual-LED flash and is capable of shooting 4K videos at 30fps and 1080p videos at 30/60/120fps. On the front is a 5MP 85-degree wide-angle lens with a f/2.2 aperture rate and an LED flash.