The Moto E4 Plus will be the successor to last year's Moto E3 Power and will feature a beefy 5000mAh battery. 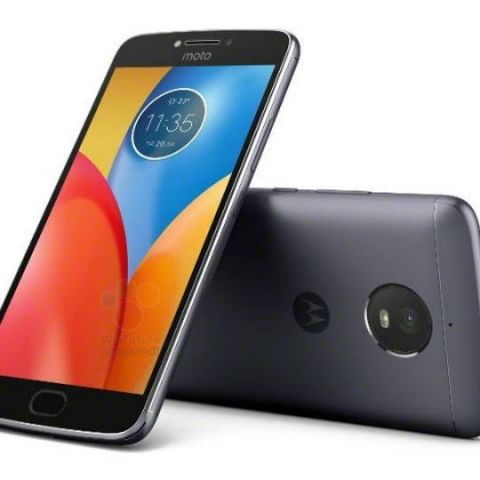 Yesterday, Moto announced its cheapest Android smartphone yet, the Moto C(₹ 6999 at amazon) and C Plus. Now it might be preparing to launch an updated Moto E smartphone, placing it between the Moto C and Moto G series in terms of pricing.

Motorola's updated Moto E series is likely to be called Moto E4(₹ 8295 at amazon) and E4 Plus, and will be successors to last year's Moto E3. Specifications of these upcoming handsets have already leaked in the past, and now, press renders of the Moto E4 Plus have surfaced online. As the name implies, the E4 Plus will be the better-specced version of regular Moto E4.

Here's what the new Motorola Moto E Plus really looks like - and all of the specs https://t.co/mbIpeXQnEi pic.twitter.com/fnfBxWNbE7

The upcoming smartphone is expected to feature a 5.5-inch 720p HD display and be powered by a quad-core MediaTek MT6737M chipset clocked at 1.3GHz. The handset will be offered in either 2GB or 3GB RAM options, coupled with 16GB standard storage. It may sport a 13MP rear camera and a 5MP front camera. On the connectivity front, it will support 4G LTE, Bluetooth 4.2, NFC, WiFi 802.11n and GPS.

The Moto E4 Plus is expected to run on Android 7.1.1 Nougat, and Lenovo is likely to pitch its 5000mAh battery as the biggest selling point. Earlier rumours suggested that the handset will adopt the design language first seen with the company's G series, and offer a front-mounted fingerprint sensor. The handset is said to be 9.55mm thick, weigh around 198 grams and retail for around €190 (around Rs 13,500) in Europe.