MIUI 10 to release on May 31, could come pre-installed on the Xiaomi Mi 8

Xiaomi is getting ready to present the MIUI 10 at their annual flagship product launch in Shenzhen, will mark the company’s eighth anniversary in the process. 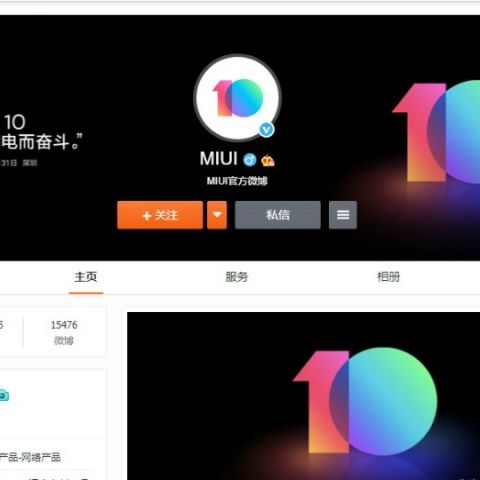 Xiaomi’s global spokesperson, Donovan Sung recently announced in a tweet  that the company would officially launch their next flagship Mi model, the Xiaomi Mi 8 in Shenzhen on May 31. More recently still, the official MIUI account on Weibo posted an image  announcing the new version of their Android-based custom firmware that powers Xiaomi smartphones, MIUI 10. It is also expected to launch on May 31, along with the Xiaomi Mi 8. It’s possible that the new smartphone will arrive pre-installed with MIUI 10.

MIUI 10 will be based on Android Oreo and is expected to come with an array of new features and gestures, including a new face-unlock feature accurate enough to compete with the likes of the Apple iPhone X. It is likely to include other Oreo features like picture-in-picture mode, Google Play Protect, System UI Tuner, autofill and smart text selection, better animations, adaptive icons, and others.

Xiaomi had reportedly mentioned earlier this year that MIUI 10 won’t be making it to Xiaomi phones that are still running Android 5.0 Lollipop. However, the list of phones that are expected to be eligible for the update include Mi 6, Mi 5 series, Mi 4, Mi 3, Mi 4S, Mi Mix, Mi Mix 2, Mi Note 2, and Mi Note 3.

The official launch of the Xiaomi Mi 8 seems to be happening only a couple of weeks after the the launch of one of its notable competitor, the OnePlus 6, which boasts a similar spec sheet. The OnePlus 6 too is powered by the Snapdragon 845 SoC, and offers up to 8GB of RAM and 256GB of storage. It was launched in India at a price of Rs of 34,999 for the base model. However, there is no word yet on whether Xiaomi has plans of bringing the Mi 8 to India this year.

It’s interesting to note that while Xiaomi claimed last year that the MIUI 9 would be as fast as lightning, it claims now that the MIUI 10 will be faster than lightning, suggesting a remarkable boost in speed and performance.