Micromax to launch quad-core A240 phablet with 5.7-inch HD display

Micromax to launch A240 phablet with 5.7 inch HD display 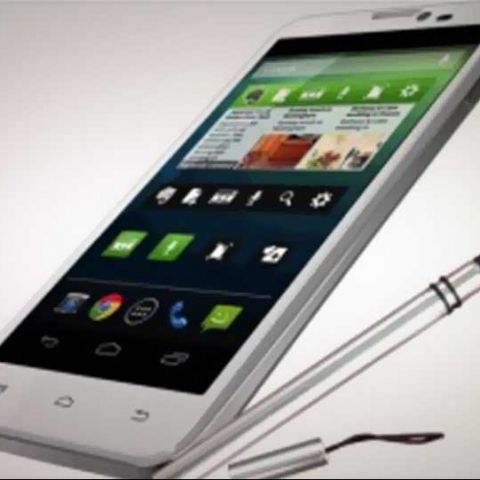 Micromax has unveiled its latest smartphone, the A240, to compete with Samsung's Galaxy Mega 5.8 launched earlier this year. The phone features a large 5.7 inch HD display, a 1.2GHz quad-core processor and Android 4.2 Jelly Bean OS. The phone is likely to be priced in the same range as the Canvas 4, at approximately Rs. 18,000 but Micromax has not been revealed the phablet's launch date yet.

The Micromax A240 packs a large 5.7 inch HD display with 720p display resolution. It has a powerful 1.2GHz quad-core MediaTek MT6589 processor and offers dual-SIM support. The smartphone features a 12 MP rear camera and a 5MP front camera for video calling. The A240 supports a 2,600 mAh battery, 1GB of RAM and 16GB of internal storage expandable via microSD card support.

The phablet has features similar to the Canvas 4 including support for vertical panorama in camera app, Flip to mute, video pinning to home-screen support and Smart Pause. The phone is expected to be priced at Rs 18,000 similar to the Micromax Canvas 4. 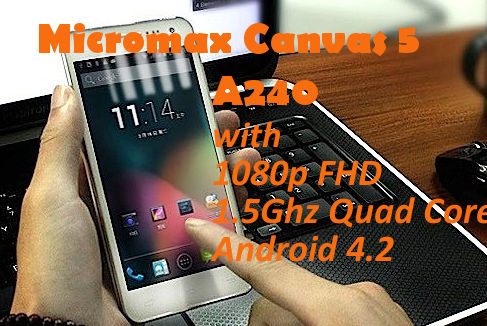