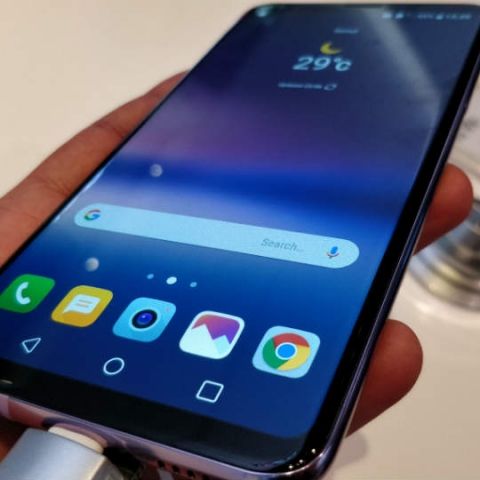 It seems like LG may indeed launch an upgraded version of the LG V30 during MWC2018. As per a report by ETNews, the phone may be called the LG V30s and could offer 256GB of storage, but the report doesn’t mention of there will be any other hardware changes besides. Instead, the report note that the the phone may come with a features called LG Lens, which would offer AI-based functions though the camera lens, such as translations, visual search and so forth, similar to what is offered by Google Lens and Bixby Vision.

The phone is tipped to cost over a million Won, which is approximately Rs 59,200. It is expected to be available for sale from March 9 in South Korea.

It is almost confirmed that LG will not launch a new flagship smartphone at MWC unlike years prior when it usually launch a new G-series smartphone. Vice Chairman of LG Electronics, Cho Sung-jin has said that the company will only launch smartphones when it is needed and reports also state that he has ordered the LG G7 development to start from scratch. CY Kim, MD of LG Electronics, South Africa has also stated that the phone will be “little bit late.”

LG’s current flagship smartphone, the LG V30+, sports a 6-inch QHD+ OLED display with an 18:9 aspect ratio. It is powered by a Qualcomm Snapdragon 835 and offers a dual-rear camera setup with 16MP + 13MP cameras. The phone also offers a 32-bit Hi-Fi Quad DAC and sound tuning by B&O PLAY.