The fanmade poster of LG’s upcoming G7 smartphone is most likely based on the previously seen renders of the device. 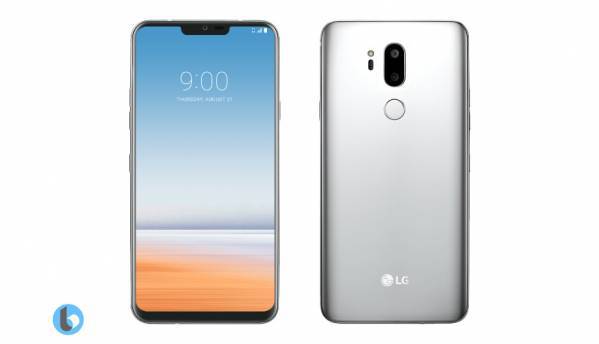 LG is expected to launch its flagship G7 smartphone in May and a new alleged poster of the smartphone surfaced online today. Slashleaks posted the image which shows off the device with a notch on top of its display and in a new colour option, however, the post was soon taken down and Slashleaks has locked the post saying that it’s not a legit leak and is “obviously fanmade.” The now debunked poster shows the LG G7 with a vertically stacked dual rear camera setup and it seems like it was made based on previously leaked renders of the phone.

LG didn’t launch the G7 at MWC 2018 but the smartphone was spotted at the event. A concept render of the device was recently posted online, which was based on the photos from the trade show. The G7 is seen featuring an iPhone X-like notch and borrows its design language from the LG V30. It is seen featuring a taller 18:9 display aspect ratio and the notch houses the earpiece alongside the front-facing camera. On the rear, the smartphone is seen featuring a vertically stacked dual camera setup and a fingerprint sensor below it. It could come with dual front-facing cameras as well.

In terms of specifications, the LG G7 is rumoured to be powered by the Qualcomm Snapdragon 845 SoC with up to 6GB RAM and 128GB internal storage. It could feature a 6-inch OLED display with a 3120×1440p resolution and a pair of 12MP cameras on the rear with a f/1.6 aperture lens. It might pack a 3,000mAh battery and is rumoured to be IP68 certified water and dust resistant as well.