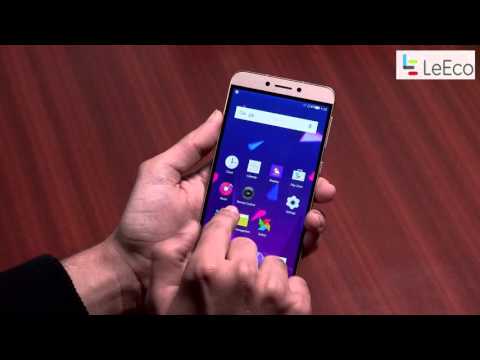 More specifications alleged to be of an upcoming LeEco smartphone have been leaked on Weibo. As per the latest leak, the device may be called the Le 2 Pro and might have a 5.7-inch QHD display. It has also been tipped to be powered by a Qualcomm Snapdragon 820 processor, along with 4GB of RAM. It might also come with 21MP rear camera and a 8MP front camera, with 64GB of onboard storage and a 3100mAh battery. Other specifications include LTE support, USB-C port and Dolby Audio.

A few days ago, images and specifications of an upcoming LeEco smartphone called the Le 2 were leaked. The report suggested that LeEco might use use a Qualcomm Snapdragon 820 or MediaTek Helio X20 processor, and the rest of the leaked specifications were quite similar to the Le 2 Pro. There is a slight possibility that both leaks are of the same device. The device in the images came with a metallic build and an ultrasonic fingerprint sensor located at the back. LeEco already has a Snapdragon 820-powered device in the market, called the Le Max Pro. The smartphone was launched in China last month at CNY 1,999 and was the first Snapdragon 820-powered device to become available for purchase. 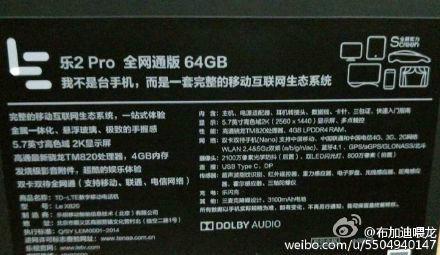