As per the renders, the Mi Mix 2S might not feature a fingerprint scanner on top of the device, but could come with an under display fingerprint sensor along with an iPhone X like facial recognition feature. 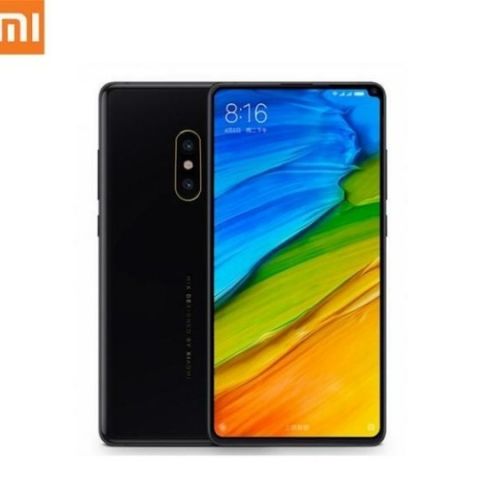 The Xiaomi Mi Mix 2S was recently leaked in an alleged official poster, which shows the design of the smartphone and reveals some of its features. Now, a fresh leak of the Mi Mix 2S has surfaced online, tipping at some specs and features. As per a new render on Weibo, the Mi Mix 2S will swap the physical fingerprint scanner on top of the device for an under display fingerprint sensor, similar to the one Vivo showcased on its X20 Plus UD at CES 2018. The device is also rumoured to feature a 3D facial recognition technology, similar to the iPhone X. 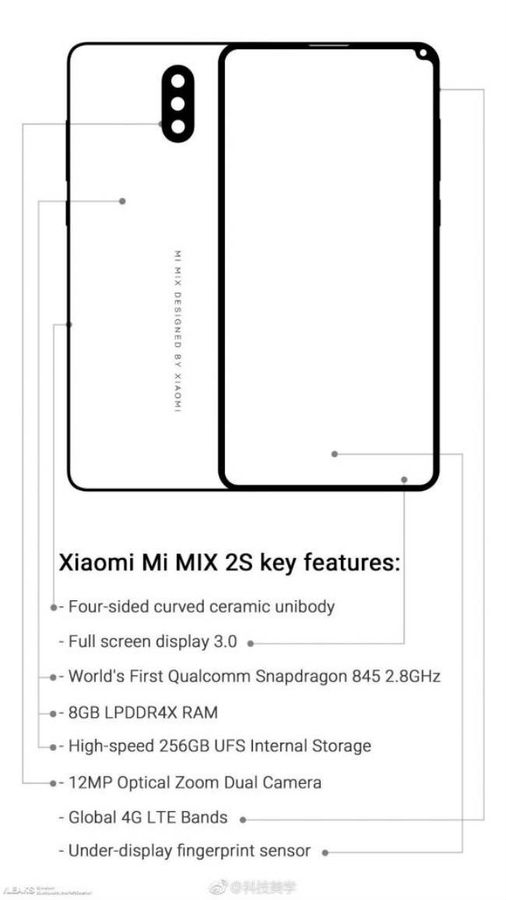 As per the new leak, the Mi MIX 2s will sport a curved ceramic unibody design on all four sides and feature a “full screen display 3.0”. It will most likely be powered by the Qualcomm Snapdragon 845 SoC and feature 8GB LPDDR4X RAM with high-speed 256GB UFS internal storage.

Further, the image suggests that smartphone will feature 12MP dual rear cameras with optical zoom, four-axis optical image stabilization and support for global 4G LTE bands. A recently leaked banner of the mobile phone suggests that it could feature a 5.99-inch near bezel-less display with a 95% screen-to-body ratio and come with the dual rear cameras could be placed vertically. The new leak also goes on to show that the Mi Mix 2S will house 256GB UFS internal storage.

Xiaomi has already announced that their upcoming flagship smartphone will sport the Snapdragon 845 chipset. The Mi Mix 2S was recently spotted on AnTuTu with the codename “Polaris” and it scored 270,461 on the performance tests. The company was expected to showcase its flagship Mi 7 at the MWC 2018, however, a recent report claims that this might not be the case as Samsung will be showcasing its flagship Galaxy S9 and S9+ smartphones. Xiaomi could instead debut the Surge S2 chipset and the Mi Mix 2S.