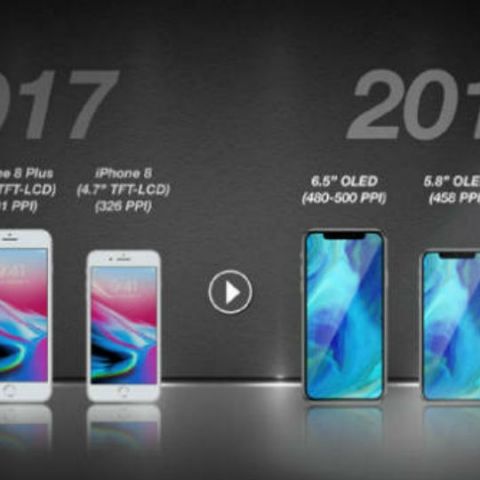 Apple might be working on a 6.1-inch iPhone with an LCD display, alongside a larger 6.5-inch iPhone X Plus, for a September 2018 reveal. The information comes from KGI Securities, an brokerage and investment banking firm known for its accurate estimates of Apple’s iPhone iPhone plans.

In the same report, KGI also lowered its estimates for iPhone X shipments for the current quarter. According to analysts at the firm, Apple will ship 18 million iPhone X units this quarter and 13 million in the next one, compared to a previous estimate of 20-30 million units. The flagship phone from Apple is apparently not doing too well in China, where customers are not too pleased with its notch design.

The Apple iPhone X(₹ 64789 at amazon) was launched in India back in November 2017. The smartphone comes bearing a new design and an expensive Rs 1.2 Lakh price tag for the 256GB variant. The iPhone X comes with a bezel-less all-screen design, except for the 'notch' that houses Apple's new TrueDepth camera system. The iPhone X also won Digit's Zero1 Award for the Best Premium Smartphone in 2017.