Is this the OnePlus 3?

Leaked images of the OnePlus 3 reveal, it will run on Oxygen 3.0 on top of Android 6.0 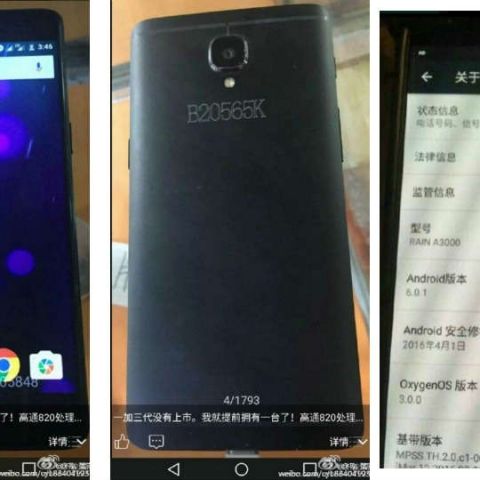 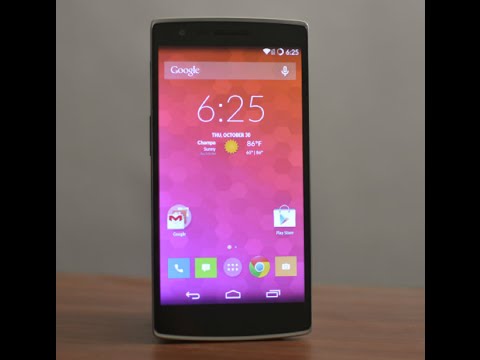 Earlier, we saw renders and leaked specifications of the upcoming OnePlus 3 smartphone and now some more leaked images have surfaced. These images originated in china and were first posted on China’s microblogging website Weibo, after which they got picked up by Twitter earlier today. The images aren't very clear but one can easily make out that the device in the picture is the RAIN A3000, which according to the previous leaked benchmarks is supposed to be the OnePlus 3. The images also show a new design, reminiscent of the HTC One M7.

According to the leaked images, it seems like the OnePlus 3 is sporting a metal build. There is a large camera lens and the camera is not flush with the body. We are unable to make out if the phone is featuring a dual-tone LED flash or not. On the front, one could see the home button at the centre bottom, which is likely to be the fingerprint scanner as well. The image also suggests that OnePlus might be using a curved glass display on the upcoming smartphone. In terms of specifications, the device in the images has 64GB of internal storage and is running on Oxygen OS 3.0, which is running on top of Android 6.0.1 Marshmallow.

Previous rumours point to the device featuring a Qualcomm Snapdragon 820 SoC, which is currently being used by most flagship devices out there. The device is likely to offer 4GB of RAM but rumours suggest, we might see a 6GB RAM variant as well. The smartphone is expected to sport a 5.5inch 1080p display. On the camera front, we might see the device featuring a 16MP rear and a 8MP front facing camera. The OnePlus 3 might house a 3300mAh battery and its own fast charging technology.