The upcoming phablet flagship from Samsung, the Galaxy Note 4, has apparently leaked in a couple of images showing off a new design

IFA will be the next big event for mobile lovers to look forward to and things got a little more interesting today as early leaked images of the Galaxy Note 4 have emerged. The front of the phablet look very similar to the Galaxy Note 3, however there some important changes in the design.

The back has the same faux-leather finish which will be probably made out of plastic, but the edges are similar to the recently leaked Galaxy Alpha, which suggests it could be made out of metal. If you notice closely there is chromed up sensor near the camera pointing out that there might be the inclusion of a heart rate sensor like the Galaxy S5. The bottom has a loudspeaker grille, a USB 3.0 port and the S-pen which could be more squarish this time. The display of the Galaxy Note 4 expected to have a dimension of 5.7 inches and could have a resolution of 2560x1440 pixels. Other rumours say that it will have a 16MP ISOCELL camera, a Qualcomm Snapdragon 805 or Exynos 5 Octa SoC. 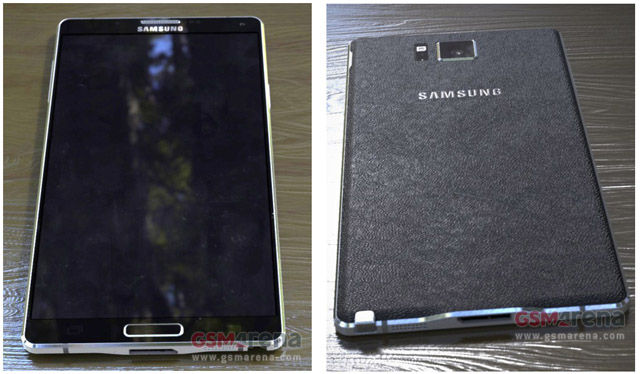 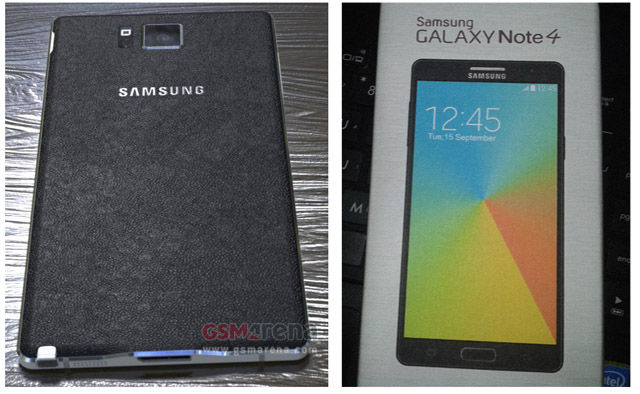 All will be revealed at the Unpacked event which Samsung has already announced and scheduled for 3rd of September.