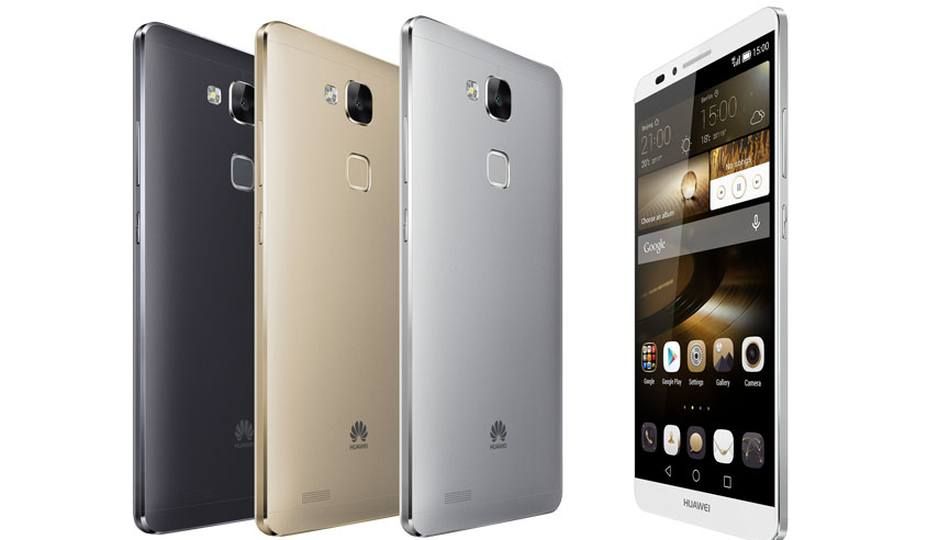 First up is the Ascend Mate 7. The smartphone comes with fingerprint scanning technology, which has been previously seen on the devices such as iPhone 5S, Samsung Galaxy S5 and HTC One Max. The Mate 7 is powered by an octa-core Kirin 825 processor.

The 16GB model has 2GB of RAM, while the 32GB version comes with 3GB of RAM. The Ascend Mate 7 has a 13MP rear camera with Sony BSI sensor along with 5MP front facing camera. Connectivity options include GPRS/ EDGE, GPS/ A-GPS, 3G, 4G LTE, Wi-Fi, Bluetooth and NFC.  The smartphone is powered by a 4100 mAh battery.

The Ascend G7 has a 5-inch 720p display with 267ppi density. The smartphone runs Android 4.4 KitKat with Emotion UI 3.0 and is powered by a 1.2GHz quad-core processor. It has 13MP f/2.0 primary camera and a 5MP front-facing camera. 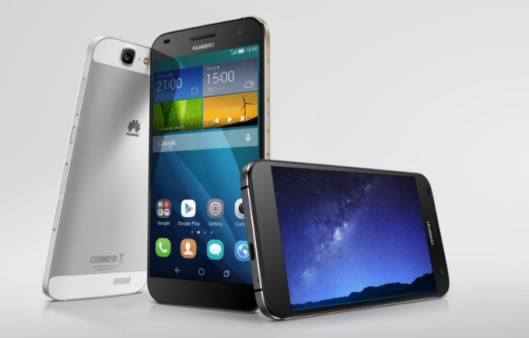 The Huawei Y550 has a 4.5-inch display. It is powered by a 1.2GHz quad-core processor along with 1GB of RAM. The smartphone has 5MP rear camera and 2MP front camera. Other important features of the Y550 include LTE connectivity and 4GB built-in storage with microSD support.

The Huawei G6205 has a 5-inch display. It is powered by a 1.2GHz quad-core processor along with 1GB of RAM. The smartphone has an 8MP rear camera and 2MP front-facing camera. It has 8GB internal storage and microSD slot.

Hauwei will start rolling out Ascend Mate 7, Y550 and G620S from next month. The G7 is expected to be released in November.