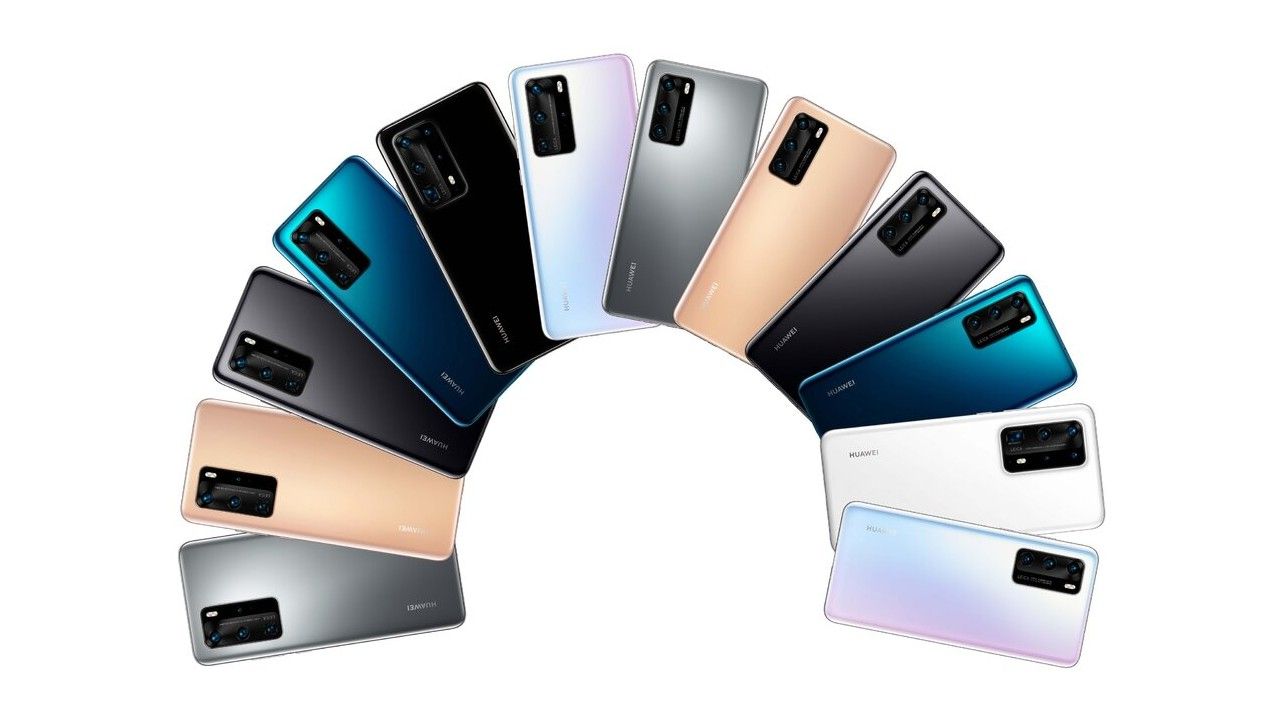 Huawei will be launching the P40 series on March 26. However, the phones have leaked online a number of times now. This time around, a Huawei P40 series marketing image has appeared online, which reveals the phones in various colour options. The image comes from the noted tipster Evan Blass.

Blass took to Twitter to post the image. It not only reveals the colour options of the phones, but corroborates with earlier reports about Huawei working on three flagship smartphones with three, four, and five rear sensors respectively. From the cheapest to the high-end, the phones are expected to be named - Huawei P40, P40 Pro and P40 Premium Edition.

The latest leak suggests that Huawei P40 will be made available in silver, gold, black, blue, and the gradient Breathing Crystal finish. It is expected to sport a 52MP primary sensor + a 40MP ultra-wide-angle lens + a telephoto sensor.

The Huawei P40 Pro is said to be made available in the same silver, gold, black, blue, and Breathing Crystal finishes as its standard model. Previously leaked renders have also shown a mint green colour option. The P40 Pro is expected to pack the same duo of 52MP and 40MP. Instead of a telephoto lens, it could come with a 5x periscope shooter and a time-of-flight sensor.

Coming to the Huawei P40 Pro Premium Edition, it is expected to be made available in Black and White variants. It is tipped to comprise of the 1/1.28” Sony IMX700 52-megapixel Hexadeca Bayer RYYB lens, a 1/1.5” Sony IMX650 40-megapixel ultrawide Cine RGGB lens, a telephoto lens with 3x optical zoom, a dual prism periscope zoom lens with 10x optical zoom and a ToF (Time of Flight) sensor.

Previous leaks have suggested that this sensor will be a custom design by Sony and will feature “16-in-1” technology. Huawei is rumoured to put the “Quad Quad Bayer” sensor and it will do 4-in-1 conversions to reach the 16-in-1 stage. It will only be used for videos and photos shot under very dark conditions.