Huawei has sent out invites for an event on April 9, confirming the India launch date for Huawei P30 Pro and P30 Lite 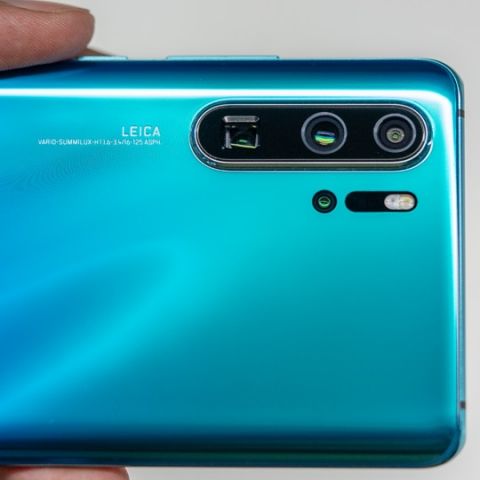 We managed to get a first look at the Huawei P30 Pro at its launch in Paris, which you can read about in our coverage from the event. The Huawei P30 Pro is powered by the Kirin 980 processor and comes with 8GB of RAM. Storage varies between 128, 256 and 512GB, and can be further expanded by the use of Huawei’s proprietary Nano-Memory Card. It features a 6.47-inch OLED display with a resolution of 1080x2340, pegging its pixel density at 398ppi. The display supports the DCI-P3 colour space, meaning, it is capable of HDR video playback, pending support from streaming services. The real highlight of the P30 Pro, however, continues to bring crazy camera innovations to the smartphone space. The primary camera continues to sport a 40-megapixel resolution packed into a 1/1.7 inch sensor, making it slightly bigger than the coveted Sony IMX 586 sensor. The sensor also uses a unique Pixel colour arrangement, ditching the classic RGBG pattern for an RYYB arrangement. Huawei told Digit in a media interaction that the sensor was manufactured by Sony but would remain exclusive to Huawei. The second and third sensors are standard RGBG sensors but offer a 17mm ultra-wide lens with AF and a 5x periscope telephoto lens. All three lenses are Leica made and both the wide and telephoto lenses come with optical image stabilization.

The Huawei P30 Lite is a more budget conscious smartphone in the P-series, sporting a 6.1inch IPS-LCD and being powered by the Kirin 710 processor. The camera setup isn’t Leica branded but still comes with 3 cameras, a 24MP primary camera with an f/1.8 lens, an ultra-wide 8MP camera and a 2MP depth sensor.

The phones will be launched in India on April 9, but there is currently no word on the pricing. The P30 Pro is priced at E999 for the base variant in Europe, but we do expect Huawei to price the phone lower for the Indian market. We also expect there to be a number of lucrative launch offers, just like was the case with the Huawei Mate 20 Pro and the Huawei P20 Pro.