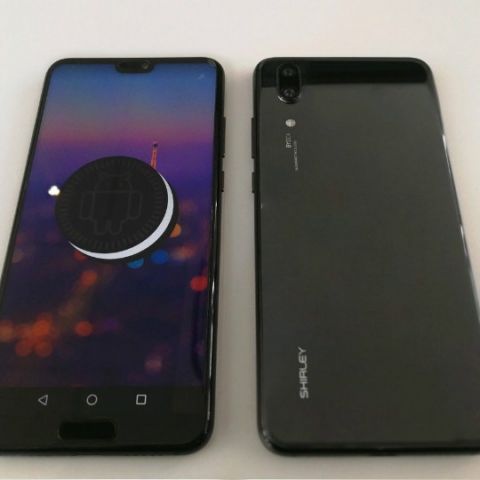 Huawei officially announced that they will unveil their upcoming P20 series of smartphones at an event in Paris on March 27. Ahead of the event, the tipster Roland Quandt has leaked pricing of the devices and as per him, the Huawei P20 could be priced at 679 Euros (Rs 54,500 approx), whereas the the P20 Pro and the P20 Lite might be priced at 899 Euros (Rs 72,000 approx) and 369 Euros (Rs 30,000 approx) respectively. Quandt had also recently revealed that the Huawei P20, P20 Plus and P20 Lite are codenamed Emily, Charlotte and Anne respectively.

Images of the Huawei P20 and P20 Plus/Pro smartphone were also recently leaked online. The smartphone is also seen with an iPhone X-like notch, which houses the front facing camera along with an earpiece. It is also featuring a vertically stacked triple rear camera setup and could come with a glass back as well. The rear cameras are expected to come with a 12MP RGB sensor, a 16MP monochrome sensor, and a 16MP telephoto lens. It could come with an 8MP front facing camera.

The Huawei P20 and P20 Plus will purportedly be powered by the company’s latest Kirin 970 processor, similar to the Huawei Mate 10 and Mate 10 Pro. Both the smartphones are rumoured to could with 6GB RAM and 64GB/128GB options for internal storage. The larger variant of the handset might sport a 6-inch display with a 2160×1080 pixel resolution and could be backed with a 4000mAh battery.

The Huawei P20 Lite is reportedly the smaller smartphone of the three and could feature a 5.6-inch full HD+ display. It is expected to be powered by the Kirin 659 SoC and is rumored to come with 4GB RAM with 64GB internal storage microSD card slot and a 3,520mAh battery.