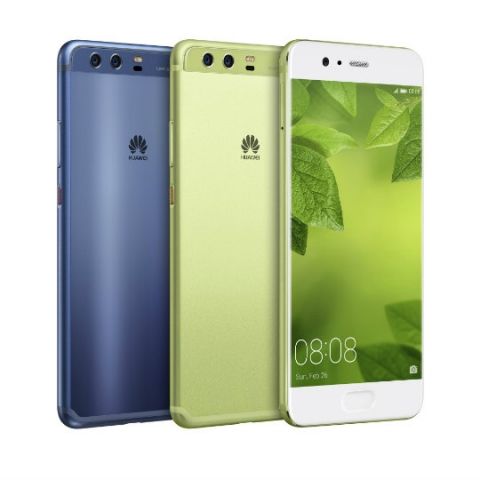 Huawei has launched the P10 and P10 Plus smartphones at MWC 2017 today. Like their predecessor, the P9, the two new devices sport a dual-rear camera setup that is developed in partnership with Leica. However, unlike the P9, the two device’s setup consists of a 20MP monochrome camera and a 12MP RGB camera with Leica’s SUMMILUX lens. The Huawei P10 comes with an f/2.2 aperture lens, while the P10 Plus has an f/1.8 aperture lens. Both devices offers a Pro Mode that offers manual controls. There is also a Monochrome mode, similar to what was found on the Huawei P9. Further, the phones come with a Highlights feature that lets users create videos based on the images that they have taken. This feature was developed in partnership with GoPro.

Both phones support 4K video recording with H.265 compression for these videos. Not many phones support this and it allows 4K videos taken by this phone to take up less storage space. The two devices come with an 8MP camera at the front, which has has also been developed in partnership with Leica.

The Huawei P10 and P10 Plus feature a metal unibody design and are available in a multitude of colours. Both smartphones run on Huawei’s HiSilicon Kirin 960 octa-core SoC. This consists of four Cortex A53 cores and four Cortex A73 cores. This is officially the first chipset user Cortex A73 cores. The two devices also come with EMUI 5.1, which is based on Android Nougat and support the company’s SuperCharge fast charging technology.

The Huawei P10 sports a 5.1-inch Full HD display and offers 4GB RAM of RAM along with 64GB of internal storage. It is equipped with a 3200mAh battery. The Huawei P10 Plus is a larger version of the smartphones and offers a 5.5-inch 2K display display. Like the standard P10, the device is powered by a Kirin 960 SoC and is 4GB and 6GB RAM variants. Users also get the option of choosing between 64GB and 128GB of storage. The Huawei P10 Plus is equipped with a 3750mAh battery.

Besides the Huawei P10 and P10 Plus, the company also launched the Huawei Watch 2. You can learn more about the device here.