After month-long teasers, leaks and reports, the Huawei Mate 20 series of smartphones are now official. The company has launched the Huawei Mate 20 Pro, the Mate 20, the Mate 20 X and the Mate 20 smartphones. All the handsets run on the latest Huawei HiSilicon Kirin 980 SoC, which is the company’s first processor to be manufactured on the 7nm process, and feature a triple-rear camera setup. The phones come with Dual-NPU, Leica Triple Camera with Leica Ultra Wide Angle Lens and HUAWEI SuperCharge supporting high-speed 40W charging.  The Huawei Mate 20 X features the largest display of the four Mate 20 series phones and comes with support for Huawei's M-Pen stylus.

The Huawei Mate 20 features a 6.53-inch Full HD+ RGWB HDR display with an 18.7:9 display aspect ratio and 820 nits of brightness. The Mate 20 Pro, on the other hand, gets a 6.39-inch 2K+ Curved OLED HDR display with a 19.5:9 display aspect ratio. While the Mate 20 features a smaller waterdrop notch, the Mate 20 Pro gets a standard rectangular notch that houses the front camera and sensors for better face recognition, which we will get to later.

Both the phones feature a curved design to make the sides narrower so that it is easier to hold them. The Mate 20 Pro gets an in-display fingerprint sensor that uses Dynamic Pressure Sensing, which is said to enable a better phone unlocking experience. The device’s unlock speed is also said to have increased by 30 percent over the last generation of the in-display fingerprint sensor. The company also introduced a Nano Memory (NM) card which is a new storage media standard and claims that it is 45 percent smaller than the micro SD card. On the new Huawei phones, one can either install a second SIM card or a Nano Memory Card. 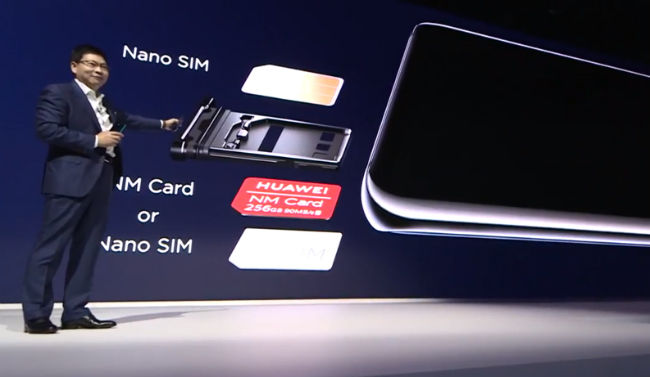 Coming to optics, the Mate 20 Pro comes equipped with a triple rear camera setup with 40MP + 20MP + 8MP sensors, where the first sensor is paired with a 27mm wide lens with f/1.8 aperture, while the second 12 MP sensor gets a 16mm ultra-wide lens with f/2.2 aperture. The 8MP sensor is paired with a 3X 80mm telephoto lens with f/2.4 aperture. The device’s camera also comes with Artificial Image Stabilisation (AIS) and support varying focal range from 16mm with ultra wide angle, 80 mm with 3x optical zoom, 135mm with 5x Hybrid zoom to 270 mm with 10x digital zoom. One will also be able to take macro shots of up to 2.5cm and for enabling users to capture images underwater, the company is introducing a specialised underwater mode and waterproof case. The Neural Processing Unit onboard the Mate 20 Pro enables using real-time effects in videos like the colour pop feature. On the front, the Mate 20 Pro features a 24MP RGB sensor that is housed inside the notch and alongside the camera, there is a dot projector, a flood illuminator, an IR camera and the proximity and ambient light sensor as well. These slew of sensors enable 3D Face Unlock, same as the iPhone X, and also enable 3D object scanning using which one can scan an object to bring it to live in the virtual world. The phone will also use 3D Modeling Calorie Calculation to count calories of the food using food recognition and volume measurement.

The Mate 20 Pro also finally gets 15W fast wireless charging and as a world-first, it can also charge other devices and accessories using reverse wireless charging. Both, the Mate 20 and the Mate 20 Pro feature dual speakers without any speaker grille and this is done by routing audio via the Type-C port on the bottom. The two phones run on MIUI 9, which is based on Android 9.0 Pie. The new OS comes with new features like a simplified Settings screen, new navigation gestures and more. With the new navigation gestures, one can go back a screen by swiping from the left or right edge of the screen and swiping up from the bottom will take you to the home screen. For multitasking, one needs to swipe up and hold from the bottom.

The Huawei Mate 20 X seems to be the company’s take on Samsung’s Note series of smartphone. The Mate 20 X features a 7.2-inch FHD+ OLED display with over 87 percent screen to body ratio and a waterdrop notch on top. The phone also supports the company’s M-Pen that is said to detect 4096 levels of pressure. The phone is equipped with a massive 5000mAh battery and features graphene film and vapor chamber cooling system for keeping the temperature levels low. The phone is also IP53 water and dust resistant and gets the same 40MP + 20MP + 8MP Leica Triple Camera setup on the rear as the Mate 20 Pro. The Mate 20 X comes with “Super-Bass Stereo Speaker System” that employs dual speakers and there’s also a gamepad for users who take their gaming seriously. 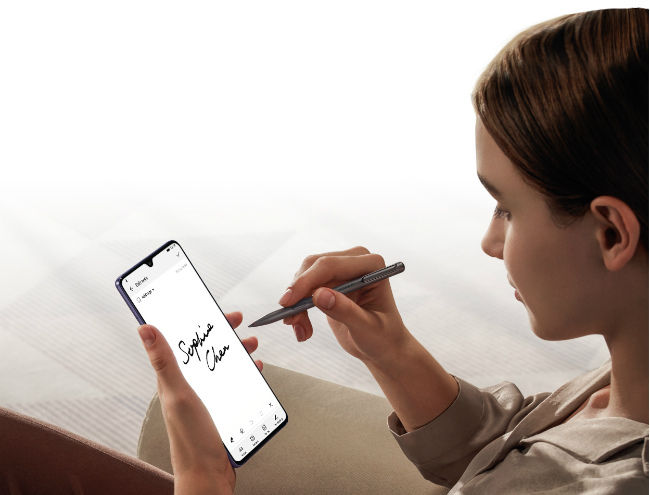 The Porsche Design Huawei Mate 20 RS features a striped design on the rear panel, which is made of glass and leather. Apart from the design, there is barely any change in the phones' hardware as compared with the Mate 20 Pro. It is also powered by the same Kirin 980 SoC and features a 6.39-inch 2K+ Curved OLED HDR display, in-display fingerprint sensor, and a 40MP + 20MP + 8MP Leica Triple Camera setup on the back. 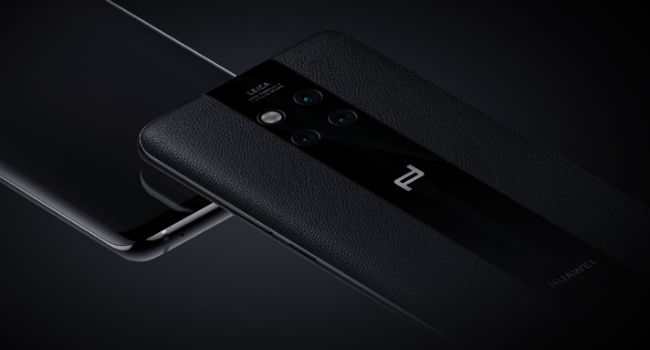 The Huawei Mate 20 X comes in Midnight Blue and Phantom Silver models. Like the Mate 20 Pro, it comes in with 6GB RAM and 128GB of internal storage, which is priced at 899 Euros (Rs 76,358 approx). It will be made available in Europe from October 26.