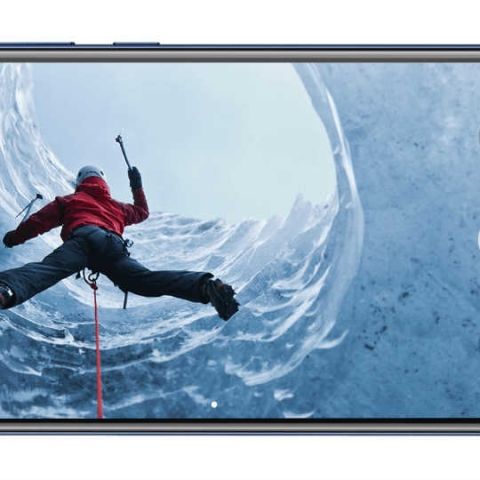 Huawei has launched Maimang 6, it's mid-range Android smartphone that was certified by TENAA last week. The smartphone is one of the first devices from the company to adopt the new thinner bezels/taller display design language. The handset is also Huawei's first smartphone to sport four cameras, two each on the front and back.

The Huawei Maimang 6 announcement comes just hours after the launch of Vivo's X20 and X20 Plus smartphones. The smartphone sports a 5.9-inch IPS display with Full HD+ resolution (2160 x 1080 pixels) and an aspect ratio of 18:9. Powering the device is Huawei's own octa-core Kirin 659 chipset, coupled with 4GB of RAM and 64GB expandable storage.

On the camera front, Huawei Maimang 6 sports dual cameras on the front and rear. It features a combination of 16MP + 2MP rear camera setup allowing users to shoot pictures with blurred backgrounds. It also gets a combination of 13MP + 2MP front camera, with f/2.0 aperture, softlight flash and support for bokeh effect.

Huawei Maimang 6 supports WiFi, Bluetooth 4.2, GPS and is compatible with 4G LTE networks. It features a rear-mounted fingerprint sensor and runs EMUI 5.1, based on Android 7.0 Nougat. The smartphone is backed by a 3340mAh battery and weighs in at 164 grams.

Huawei Maimang is priced at 2,399 Yuan (approximately Rs 24,000) in China and is expected to go on sale starting September 30. The handset is expected to launch as the Mate 10 Lite outside China and will be available in black, gold and blue colour variants. The design seen on Maimang 6 could be seen on Huawei's Honor brand as well and is expected to debut on the flagship Mate 10 next month.