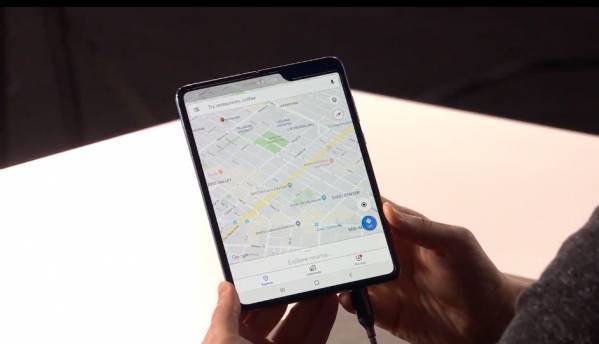 The CEO of Huawei’s Mobile business, Richard Yu, seems to have killed a foldable phone project that is was apparently similar to the Galaxy Fold’s design, as it was "not good."

The Mobile World Congress 2019 recently concluded but without a doubt, the most attractive devices at the show were foldable phones. Samsung, and Huawei showcased their foldable handsets and we already know that the two devices sport rather unique designs. While the Galaxy Fold features three-screens and opens up like a book, the Huawei Mate X features a single display that when fully stretched, resembles a tablet and wraps around the device’s body to resemble a phone. While the question, which design is better, might be subjective, Richard Yu, the CEO of Huawei’s Mobile business seems to killed a foldable phone project that is said to be same as the Galaxy Fold’s design as it was "not good."

"I feel having two screens, a front screen and a back screen, makes the phone too heavy," Richard Yu told Business Insider while talking about the Galaxy Fold. As per the report, Yu said that the company was working on three foldable design projects simultaneously. One of the designs is said to resemble something that is touted to be “even better than” the Samsung Galaxy Fold but was axed by Yu as "It was bad."

We can’t really say anything on which phone is better of the two, in terms of design, since both the companies decided to showcase their devices and not experience them. The Samsung Galaxy Fold and the Huawei Mate X were demoed by the company and didn’t allow anyone to touch or experience the phone. However, whichever design one likes, both the devices are priced steeply and are surely a niche for now. The Samsung Galaxy Fold goes on sale on April 26 and will cost $1980 (approx Rs 1,40,619), while the Huawei Mate X is priced at a whopping €2299 (Roughly Rs 1,85,285).

LG also showcased its LG V50 ThinQ that, which is not a truly foldable phone but does come with a case that sports a second 6.2-inch OLED display. When attached to the device, it runs on the V50’s 4000mAh battery and can be used as a controller for games or just utilize the extra space for creating better PPTs or for similar use cases.