HTC U11 with 6GB RAM and squeezable Edge Sense feature launched at Rs 51,990 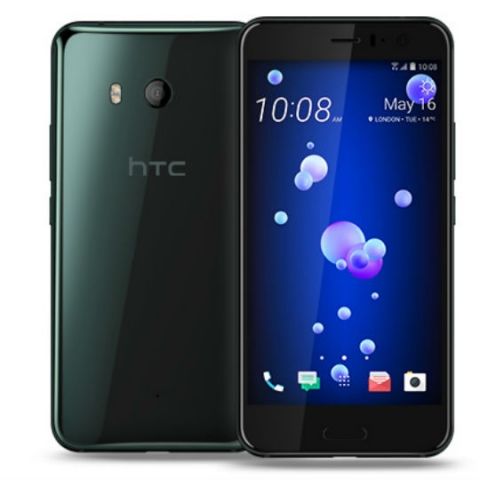 HTC has launched its flagship U11 smartphone with 128GB storage in India at Rs 51,990. The handset will be available at the end of this month via online as well as offline retail channels. With U11, HTC is competing against the likes of Samsung's Galaxy S8 series, Sony Xperia XZ Premium and Apple iPhone 7.

HTC U11 is the second flagship smartphone from the company this year and it bridges the past and present naming schemes. The U11 features metal and glass unibody design which the company calls as liquid surface finish, also seen on HTC U Ultra. The handset sports a 5.5-inch Quad HD display and is powered by Snapdragon 835 chipset. The smartphone in two storage variants: 4GB RAM, 64GB storage and 6GB RAM, 128GB storage. The company has only announced the price for its 128GB storage model.

HTC U11's unique feature is the new Edge Sense feature, which uses frame-embedded sensors to trigger actions. The U11 users can customise the pressure sensitivity for launching different apps and services. For instance, HTC U11 can launch camera by squeezing the edge and then take selfie by applying more pressure. Stay tuned for our review where we will demystify whether Edge Sense is a gimmick or a usable feature.

HTC U11 also boasts of best rated smartphone camera with DxOMark rating of 90, one more than Google's Pixel series. It sports a 12MP rear camera with f/1.7 aperture, OIS, phase detection autofocus and dual LED flash. It also offers a 16MP front camera with f/2.0 aperture and 1080p video recording. HTC U11 runs Android 7.1.1 Nougat with company's Sense UI on top of it. The Sense UI offers Sense companion alongside Google Assistant and planned support for Amazon's Alexa assistant with a future update. The smartphone is backed by a 3000mAh battery with support for Quick Charge 3.0. HTC U11 offers connecitivity options like WiFi, Bluetooth, NFC and uses USB-C port. The handset also skips the 3.5mm audio jack and comes bundled with U-Sonic headphones supporting noise cancellation. The handset will be available in silver, blue, black, white and red colour options.