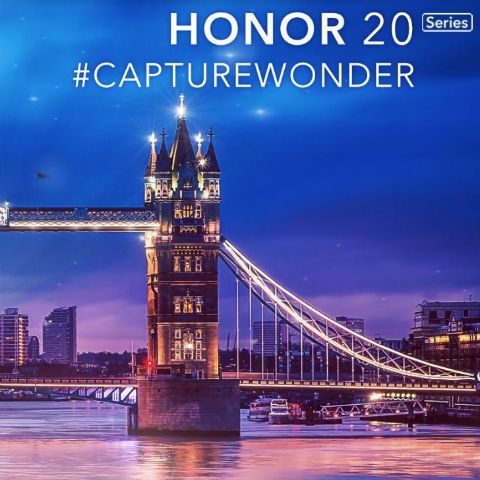 Huawei sub-brand Honor will soon launch its Honor 20 Series of smartphones, which include Honor 20 Lite (to be called Honor 20i in China), Honor 20 and Honor 20 Pro. The Honor 20i will launch in China on April 17 and just ahead of the launch, the price of the device has been leaked. These are not China prices, but they can provide an idea on how much the users have to shell out to buy one. WinFuture.de claims that the Honor 20 Lite will come at a price of 279.90 Euros in Germany, which is CNY 2100 or Rs 22,000.

Recently, the company posted a video on Chinese social media site Weibo which suggested that the phone will have a waterdrop notch and come with an AI-powered 32MP sensor on the front camera unit. The Honor 20i has already been spotted on the Geekbench website bearing a model number HRY-AL00Ta. It was seen featuring an octa-core HiSilicon Kirin 710 SoC, along with 4GB of RAM.

The phone was previously spotted on TENAA with 6GB of RAM, hinting that the phone could launch in two RAM variants. Previous reports have suggested that it will feature a 6.21-inch IPS LCD display offering a resolution of 1080 x 2340 pixels and an aspect ratio of 19.5:9. When it comes to the camera, the phone is speculated to come with a 24MP primary sensor, an 8MP secondary sensor, and a 2MP depth sensor.

In a related report, another phone that belongs to series, the Honor 20, has got the 3C Certification in China. Earlier this week, the company had sent out invites for an event in London that will take place on May 21, and now the Honor 20 with model numbers YAL-AL00 and YAL-TL00 have received 3C Certification. The phone will be shipped with a charger that support for 22.5W fast charging.

Previous reports have suggested that the phone may feature a 6.1-inch OLED display with waterdrop-type notch, and sixth-generation in-display fingerprint sensor. Under the hood, the phone is expected to have HiSilicon Kirin 980 SoC, a 3650 mAh battery will fuel the smartphone. The phone may feature a 32MP front sensor, and a triple camera setup on the back with 48MP + 20MP + 8MP sensors.