After launching the Nokia X6 in China, HMD Global’s Juho Sarvikas has now possibly teased a global launch for the phone. The company may also be planning to unveil two additional ‘X’ series Nokia devices in the coming few days. 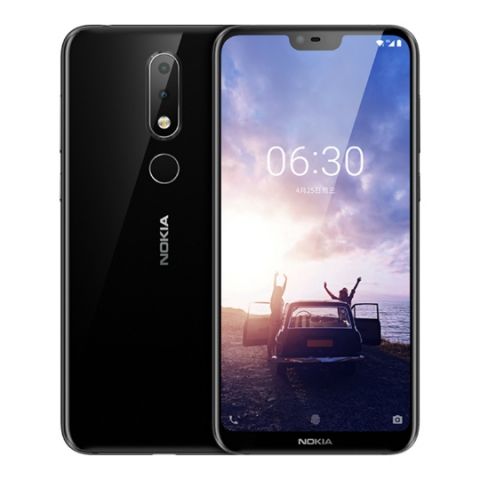 After launching the Nokia X6 in China just a few days back, HMD Global might be teasing a wider launch for the phone. The company’s Chief Product Officer, Juho Sarvikas, Tweeted a poll on Thursday asking users if the Nokia X6 should be brought to other markets. The poll Tweeted by Sarvikas received 92 percent positive responses from a total of 8,527 voters, indicating that the company might indeed be planning to launch a global variant of the Nokia X6, its first smartphone to wield a notch on the display.

HMD Global is expected to launch new Nokia smartphones on May 29 at an event in Moscow and it is now speculated that this is where the company will announce global availability of the X6. Moreover, NokiaPowerUser (NPU) has spotted a new variant of the Nokia X6 with model number  TA-1103. The variant was spotted by the publication in Bluetooth certification and it could be the global version of the X6 that HMD plans to launch. There is no Chinese certification for this variant of the X6, further hinting at the fact that this might be the device headed to other global markets.

Additionally, we might see two more ‘X’ series Nokia smartphones join the new lineup. As per another report from NPU, HMD might also launch the Nokia X5 and Nokia X7 smartphones globally. The information was received by the publication from a “trusted” tipster who said that the X5 and X7 Nokia phones will be revealed “in a few days”. The specs of the alleged Nokia X5 and Nokia X7 are not known yet, however NPU might soon get this information from the same source.

HMD Global is also expected to launch the revamped Nokia 2.1, Nokia 3.1 and the Nokia 5.1 smartphones at the May 29 event. These are said to be the 2018 versions of the Nokia 2, Nokia 3 and Nokia 5. HMD’s top brass, Florian Seiche (CEO), Pekka Rantala (CMO), and Sarvikas (CPO) will also be present at the event, so one can expect some important announcements and product launches on the day.

For those still unacquainted with the new Nokia X6, it is a mid-range phone which runs on an Octa-core Snapdragon 636 chipset. It features a notch atop a 5.8-inch Full HD+ display which is also covered in Gorilla Glass 3. There is a rear-mounted fingerprint sensor on the phone and it is equipped with dual 16MP + 5MP rear-placed cameras. On the front, the Nokia X6 comes with another 16MP sensor with the same f/2.0 aperture and 1-micron pixel sensor.

Getting a lot of traffic on this so let's ask around. Should we bring Nokia X6 to other markets too?