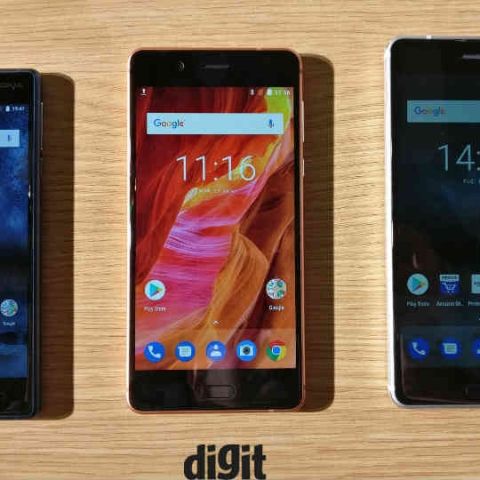 Now there is further evidence to the fact that HMD Global would have sold over million smartphones. Rantala's claim is now being backed by installation numbers of Nokia Mobile Support app on Google Play Store. The Play Store indicates the installation numbers to be anywhere between 1 million and 5 million. The numbers definitely show that HMD Global has seen an unprecedented demand for its Nokia smartphones.

To recall, HMD Global announced its first comeback device - Nokia 6 - in January exclusively for the Chinese market. The company then announced Nokia 3, Nokia 5 and Nokia 6 for global markets at Mobile World Congress in February. The three smartphones went on sale only in June and were delayed until August in some markets. As Nokiapoweruser remarks, the installation numbers on Play Store doesn't include sales of Nokia 6 in China where it doesn't include the Play Store.

The Nokia 3, Nokia 5 and Nokia 6 have seen good response among consumers and the premium mid-range Nokia 6 received over 1 million registration on Amazon India ahead of its first sale. The reviews of the new smartphones have been fairly positive and HMD has been responsive when it comes to software update. The company announced its flagship Nokia 8 last month and has started retailing globally. HMD Global has announced five feature phones and four smartphones till date. While these numbers suggest a good response for Nokia, we'll have to wait for official sales numbers from HMD Global to know how many devices the company has shipped till date.