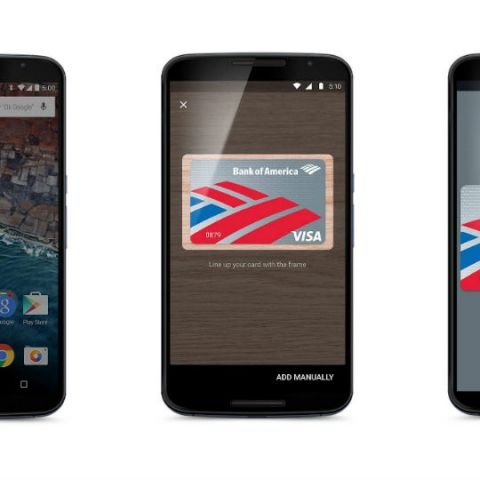 Google has announced that it will be extending its Android Pay service to five more countries. The service will now be available in Brazil, Canada, Russia, Spain and Taiwan. With the additon of five countries, Google Pay is now available in total of 15 countries around the world since the service was originally announced back in 2015. Unfortunately, the service is still not coming to India as of now, which is seeing a rise in cashless paymnets post the note-ban that happened last year.

Two days back at Google I/O, the company announced the Google Payment API, which will allow users to pay in app or online via a verified and registered Credit or Debit card. The API however is primarily meant to be used by developers, letting them enable easy-to-use checkout experience for their customers. At I/O, Google also showed how one can use the Google Assistant and order food and make payments via its integrated Android Pay service.

The Google Android Pay service is also being updated to help merchants engage and offer rewards to their customers. Much like Google’s targeted ads, merchants will also be able to offer customers targeted offers. Lately, Samsung has been pushing its own payment service, Samsung Pay in India. This will not only give Samsung an early mover advantage, but it will be provide competition to Google’s Android Pay, whenever it comes to India.