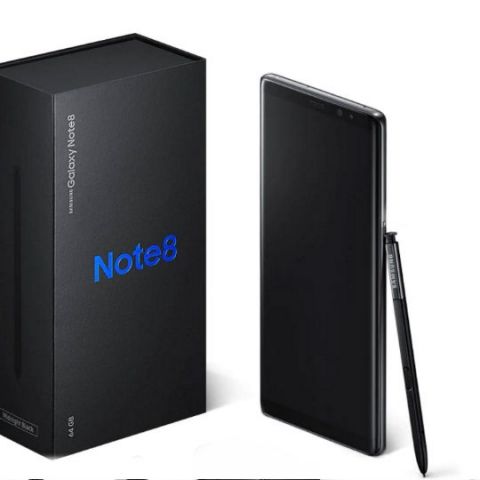 Samsung recently launched its latest flagship smartphone, the Samsung Galaxy Note 8 and the smartphone features top-of-the-line specifications at a matching premium price of $950 (Rs 62,000 approx). YouTube channel JerryRigEverything has put the Galaxy Note 8 through its paces in a series of durability tests to see how it holds up.

The Note 8’s front glass does well and scratches at a hardness of level 6 on the Mohs scale, 10 being the hardest to scratch. To provide a perspective, tempered glass screen scratches at 6 and a Sapphire screen (like the one on the HTC U Ultra) scratches at level 8. The front camera, sensors and essentially the entire front of the Note 8 is tucked under the hard display, which after the test seems quite reliable and resistant to everyday scratches and scuffs. The smartphone’s earpiece is metal, although it is pretty solid, it was scratched pretty easily. The S Pen was also scratched easily, but that doesn't affect its usability, and unlike the Note 5, it can't get stuck in the phone when inserted backward.

The Galaxy Note 8 sports a Gorilla Glass 5 glass back. It scratches at the same level 6 as the front display, however, it is not oleophobic and attracts fingerprints very easily. The fingerprint sensor, despite being scratched, still functions quite well and registers fingerprints easily. The smartphone’s frame is all metal, including the button, are prone to scratches. The bend test has no effect on the phone, however, in the flame test, the screen gets permanently damaged after about ten seconds.

Even though the smartphone has proven itself quite durable, it is better to use a phone case and protector as well considering its hefty price. The Galaxy Note 8 will launch this month in India and is expected to be priced above Rs 60,000.