The flight crew warned passengers of a an individual bag search when the Wi-Fi hotspot named Galaxy Note 7_1097 was discovered inside the aircraft. 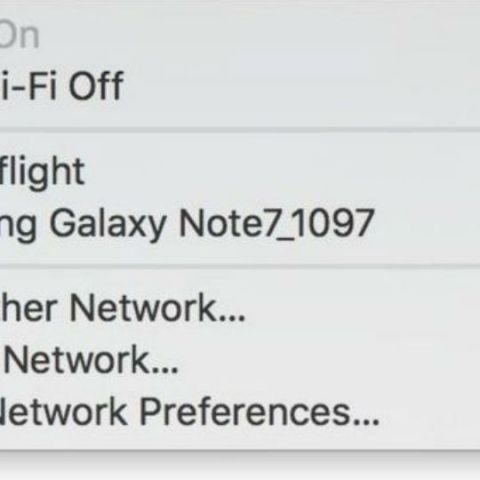 A troll tactic resulted in an onboard scare and delay of a Virgin America flight out of San Francisco, US. Someone on the flight apparently renamed their Wi-Fi hotspot to ‘Galaxy Note 7_1097’, causing a frenzy amongst the crew and passengers of the flight. As per BBC News, the Wi-Fi hotspot name gave everyone on the flight an impression that a Galaxy Note 7 smartphone was on the aircraft. Lucas Wojciechowski, a software engineer, was onboard the Virgin America flight 358 travelling to Boston, when he discovered the Wi-Fi hotspot. He took a screenshot of the same and also Tweeted out the inflight announcement, an hour into the flight.

About an hour into the flight there's an announcement "If anyone has a Galaxy Note 7, please press your call button"

After several announcements from the crew members asking the owner of the banned smartphone to step forward, the captain of the flight warned that if no one steps up, the flight would be diverted to Wyoming. The culprit eventually confessed to the prank and the aircraft landed late in Boston.

Remember, the Galaxy Note 7 was banned on all national, international flights after the smartphone’s battery explosion fiasco. If you have travelled anywhere in the past few months, you would have definitely heard inflight announcements warning against the use of Samsung’s recalled smartphone.