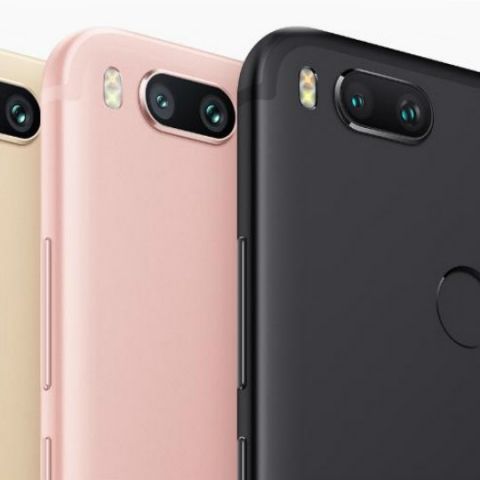 UPDATE: After the story was published, Xiaomi reached out to Digit.in and clarified that the Mi A2 does not exist as of now and categorically refused to confirm whether there will be a phone with the same name in the future. The Mi A2, as clarified by Xiaomi, does not exist in any market that Xiaomi operates in, and as a result, there is no confirmation whether it will be coming to India or not.

The Mi A1 was a breath of fresh air with stock Android in an otherwise MIUI ruled roster of Xiaomi smartphones. Now, the internet is rife with the rumours of its successor, the Mi A2, which is speculated to launch soon as the rebranded Mi 6X that was unveiled back in April, in China. However, there is no concrete evidence of this and in an interaction with Digit.in, a source within the company told us that the Chinese smartphone-maker is not done with Android One devices just yet and more of them will be coming in the future. When asked about the Mi A2, a the Xiaomi representative said, "There is no phone that exists by that name. But we are going to make more Android One phones. "

The Mi A1 was announced in India last year as the rebranded Mi 5X and it took everyone by surprise. It ran on stock Android 7.1.2 Nougat and as a part of Android One program, was slated to receive timely updates with the promise of being updated to Android P. Even though Xiaomi pushes its own MIUI, it launched a phone with stock Android and it was just what their customers needed. Needless to say, it was well received and true to the Android One promise, has received the Android Oreo update as well.

The Xiaomi spokesperson also didn't reveal when the Android One offerings will be announced, neither did he entertain any queries about the pricing. But needless to say, Android One devices mean that Xiaomi is not giving up on stock Android just yet. The company held a poll recently on Twitter asking users whether they prefer MIUI or Stock Android. While that poll was deleted mid-way, an overwhelming number of users voted for stock Android so Xiaomi got its answer about what people prefer, which is reason enough to make a successor to the MiA1.

As mentioned earlier, the Mi 5X was rebranded as the Mi A1 and launched globally. This led to rumours of a potential successor when the Mi 6X launched in China earlier this year. The Mi 6X sports a 5.99-inch display with an 18:9 aspect ratio and is powered by the Qualcomm Snapdragon 660 SoC. The smartphone sports a USB Type-C port, is 7.6mm thick and is backed by a 3010mAh battery. The Xiaomi Mi 6X runs on MIUI 9.5.