Intex has launched its Cloud X3 smartphone with a 1GHz dual core processor and Android 4.2 Jelly Bean for just Rs. 3,790. 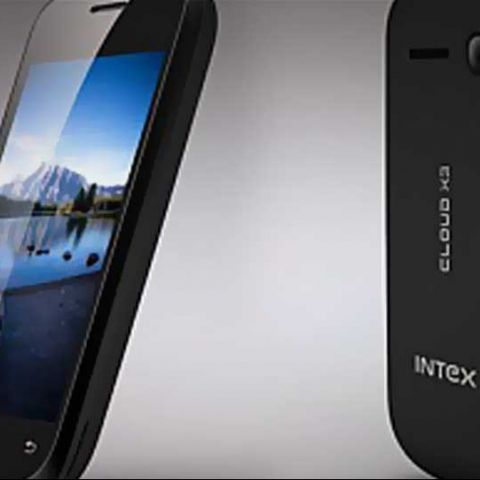 Intex has launched a new entry-level smartphone, the Cloud X3, which is powered by a dual-core processor, bears dual cameras, sports a 3.5 inch touchscreen and most interestingly, runs on Android 4.2 Jelly Bean OS, all at just Rs. 3,790, making it very appealing to the budget-conscious consumers.

The Cloud X3 has a 3.5-inch display with MiraVision technology, with an undisclosed resolution. It is powered by a 1GHz dual-core MediaTek MT6572 Cortex A7 processor coupled with 256MB of RAM. It has 115MB of built-in storage that is expandable up to 32GB via microSD card slot. The phone has a 2MP rear camera with video recording and a VGA front facing camera for video calling.

On the connectivity front, the Intex Cloud X3 offers dual-SIM functionality with GSM GSM support, Bluetooth, Wi-Fi and GPS. It comes with inbuilt gravity sensors and motion sensors. Other features included are a video/ audio recorder and integrated FM radio.

The Intex Cloud X3 has a 1450mAh battery that according to the company is rated to deliver up to 6 hours of talk time and 200 hours of standby time. The phone is available in white and black colours.

Intex Technologies is aspiring for a revenue growth of more than 400 percent this fiscal year, and plans to extend its entry-level smartphone range to 10 models by September 2013. It has recently launched the Aqua I-5 phablet with a 5-inch qHD capacitive touchscreen, a 1.2GHz quad-core Cortex A7 processor along with 1GB of RAM and Android 4.2 out of the box. The Aqua I5 supports dual-SIM (GSM GSM), a 12MP rear camera and 2MP front camera. The smartphone is priced at Rs. 11,690. 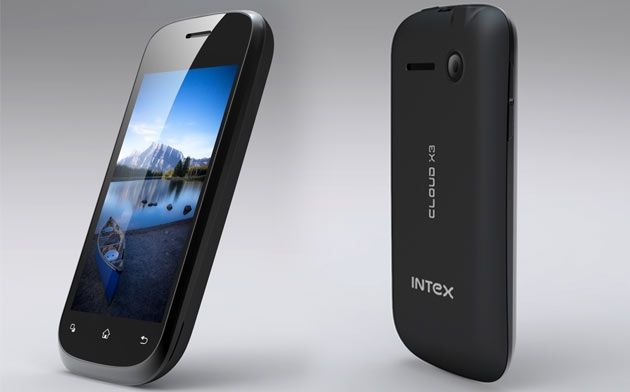