Comio smartphones from Topwise launching in India on August 18

Topwise Communication, the Chinese ODM will debut its Comio smartphone brand in India on August 18. The company has confirmed the launch date after reports emerged last week that Topwise is looking to enter India with its own device brand.

Topwise is one of the leading original device maker in China and is also known for its manufacturing printed circuit boards. The ODM has worked with major Indian smartphone brands including home-grown smartphone maker Micromax. The company is primarily aiming to enter the Rs 6,000 to Rs 15,000 price segement, where there has been constant competition between Xiaomi, Lenovo, Micromax and Lenovo-owned Motorola. 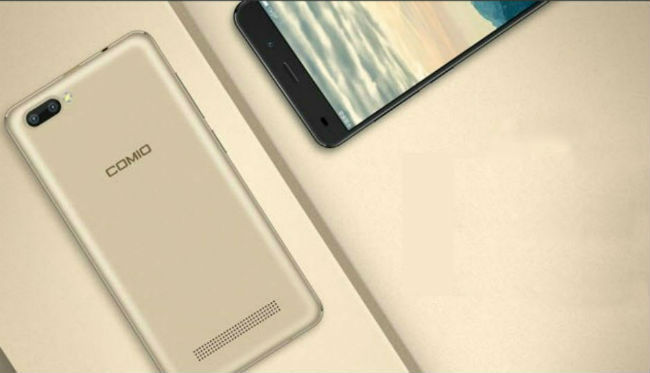 Comio plans to enter the Indian smartphone market with four smartphones and will sell them via its 10,000 retail partner outlets. "This (Rs 6,000 to Rs 12,000) is the biggest smartphone segment, and brands operating in this offline segment are very few. Earlier, this segment was held by Indian brands, which is somehow going down day by day and now their strength lies below Rs 6,000. Established Chinese brands are going upwards in the value chain. So somehow, very few brands have an offline presence in this price segment we are targeting," Sanjay Kalirona, CEO, Comio India told media recently.

Comio will initally sell smartphones directly imported from China and will begin contract manufacturing here starting September. The company recently showcased the Comio S1, a metal unibody device with dual rear camera setup and quad-core MediaTek chipset. Comio says its smartphones will run Android Nougat out of the box. Comio says it have 400 service centers at the time of launch and targets 4-5 percent market share in the next three years.