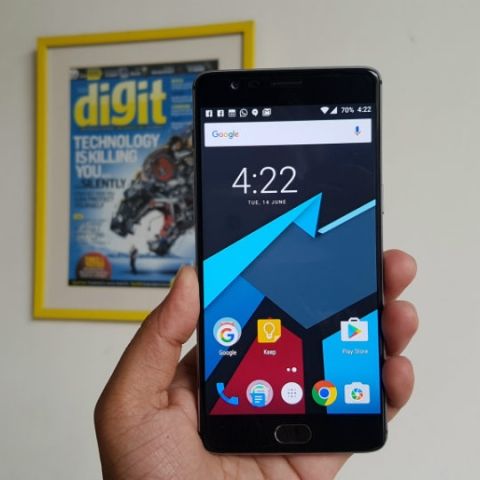 OnePlus Co-Founder, Carl Pei, recently took to Reddit to defend his company's choice of the display being used in the OnePlus 3. A group of Redditors had come to the conclusion that OnePlus had cut corners in the display being used in the phone in order to save costs and achieve a reasonable price. As the thread started getting longer, Pei commented on the thread to defend OnePlus against these accusations.

He stated “I'm sick and tired of sentiment like this. It may not seem so, but for a product company -- it's insulting.” Pei also said that the analysis on how OnePlus could’ve cut corners has been going on since the OnePlus One. People had complained about screen variance, a cheaper NAND and vibration motor. Coming back to the OnePlus 3, He said “Out of all the devices that the OnePlus 3 gets compared to, it is one of, if not the most expensive to make. Do you think the price delta between a 2K AMOLED and a 1080p AMOLED is huge? It's a product decision, and spec by spec is not how to judge a product. The OnePlus 3 uses latest generation AMOLED made to our specifications by Samsung. The vast majority of our users, and reviewers love Optic AMOLED. It is NOT tuned to sRGB, and was never meant to be. sRGB tuning is a niche requirement and is not the right choice for the vast majority of smartphone users. Why do you think it's hidden under developer settings on the 6P? For those who need it, we've taken note, and have added it to the next OTA.”

Pei goes on to say that some people only judge quality by price and they feel corners are cut just because a product doesn’t have the absolute highest specifications. He added that the company has a philosopy of keeping experience above specifications. Pei ends his post stating, that although OnePlus may cut corners by selling directly to the user or it business model, quality is the one thing that the company never compromises on.