The plan would be valid for six months and users will get data speeds of up to 2 Mbps till 1GB, after which the speeds would drop down to 1Mbps 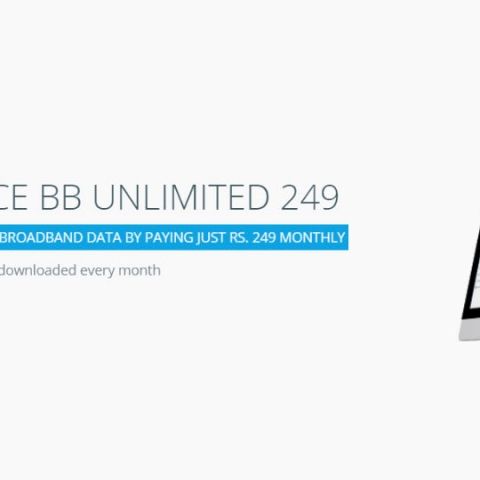 BSNL has announced a new broadband plan called ‘BB Unlimited 249,’ which offers up to 300GB of data per month at Rs. 249. Users will get data speeds of up to 2 Mbps till 1GB, after which the speeds would drop down to 1Mbps. Further, users will get unlimited free calls between 9:00 pm and 7:00 am and all Sundays to any network in India. However, this plan will only be valid for six months, after which the user will be shifted to the ‘BBG Combo ULD 499’ plan, which costs Rs. 499.

The new plans by BSNL may be in preparation of Reliance Jio’s upcoming broadband services. Jio has already started pilot processes in Mumbai. One of Digit’s team members who has been been using the services has a 100 Mbps connection with an FUP of 100GB per month. Considering that this is just a pilot plan, it’s still too early to judge the type of plans or services that the company will offer.

Besides offering a broadband plan, Jio may soon also offer DTH services as well. A few weeks ago, images of a Jio-branded set-top-box were leaked online. The images showed a USB port in the front and the box is expected to offer other connectivity options such as HDMI and audio-video output.